Zozo is one of the most dangerous and malicious Ouija board entities known to paranormal researchers, if online accounts are anything to go by.

The entity, if it does exist, exhibits the tell-tale signs of a demon. Some believe that if you even so much as say its name out loud, Zozo will haunt you from that day forward.

Some accounts go well beyond tales of those simply gathered around a Ouija board and conversing with the other side. Many involve Zozo venturing outside the board, inflicting its terror upon unsuspecting victims in a variety of unexpected ways.

And, for some unfortunate Ouija users, forever.

Below, you’ll find a collection of such stories. Are they true? For the sake of all Ouija enthusiasts out there, let’s hope they aren’t.

In 2017, Reddit user Zombiohio (who we’ll conveniently refer to as ZO) posted a comment as a rebuttal to someone claiming the demon Zozo was “fake.”

“I have experienced it myself,” ZO wrote.

When it happened, ZO was staying with friends at a building on an unidentified college campus. It was an old place, built in the 1880s, and notably the group had experienced what some would describe as paranormal activity there — feelings of being watched, and spotting dark shadows “peeking around corners.” A roomate got the idea to try communicating with one of the spirits, to see if they were real.

They made contact using a Ouija board. One of them placed a lit cigarette on the board. It lit up brighter, as if an unseen force was smoking it. They asked who they were speaking with. It was at that moment the planchette passed over those fateful letters, Z-O-Z-O, spelling it out repeatedly.

They “closed the session” afterwards. Or so they thought. The feeling in the house became “weird,” ZO wrote, like a tension was in the air. Fights broke out within the group, they began hearing footsteps in otherwise empty rooms, and thumping noises in the walls. And it never stopped.

Even nearly 20 years later, ZO claims the entity they experienced that day is still with them. “I’m STILL feeling haunted by that demon in some ways,” ZO wrote.

The Sun, the Moon and the Rainfall

A group of friends gathered one night to play with a Ouija board. Isn’t that how it always begins?

According to an account by Reddit user Dylan8466, one night he and his friends did just that, and managed to make contact with more than a few spirits over the course of the evening. But one in particular stood out, because he’d heard its name before: Zozo.

Dylan didn’t elaborate on what happened during that session, but after he and his friends finished with the Ouija board, they were met with a series of strange events. Dylan witnessed this himself when he got into his car to head home. “A few freaky things happened, like my car lights turned on and off a few times on [their] own,” he wrote, “And I heard some banging.”

One of his friends also witnessed unusual activity. “He had all of the lights in his house turning on and off at the same time and his smoke alarms went off as well.”

Something on the other side was toying with them, but this was only the beginning.

The next morning, the group decided to burn the Ouija board. This, unfortunately, is said to be a bad idea, and in the case of Dylan and his friends, it also proved to be impossible. While most of the board disintegrated into flames, some of it was mysteriously left behind. “When the burning stopped, there were only two things left,” he wrote, “The sun and the moon.”

The two depictions of the sun and the moon on their Ouija board refused to burn. No matter how they tried, the pieces would not catch fire. “The fire seemed to be burning around the symbols.”

At the time of posting his story, Dylan was concerned about what could happen, and wondered why the pieces of the Ouija board refused to burn. Was this a strange trick being played on them by Zozo?

We’ll never know. As far as I can tell, that was his first and final post.

Most cases of Zozo encounters seem to involve Ouija board users inadvertently running into the entity while trying to converse with other spirits (or who they believe to be other spirits). Few people intentionally seek out demons. And the more they learn, the less likely they are to do so.

Some, however, let their curiosity get the better of them. This rarely turns out well.

One Ouija user (we’ll call her LT) found this out the hard way. She’d actually tried to contact Zozo on her own, but failed. It wasn’t until she teamed up with two friends that she got the results she wanted. Or, perhaps, would learn to regret.

It should be noted that their Ouija session began in a very strange, and perhaps dangerous, way: They performed a blood offering to the board.

They then began asking the board questions. “The Ouija was almost immediately responsive,” LT wrote. They managed to contact multiple spirits, with stated identities such as “Crzpa,” “Qwzya,” and “687.” However, their responses to questions were mostly unintelligible.

In the middle of this, the group asked the board, “Is your name Qwzya?” At this point, the planchette stopped and moved to “No.” Their next question: “What is your name?” The planchette then moved to two letters, first Z and then O. “We had a weird feeling about this,” wrote LT, “But we continued talking to it.”

The planchette went on, moving in weird directions, spelling out mostly nothing of value. Once again, LT and her friends asked the board, “Is your name Zo?” and the planchette moved to “Yes.” Then, thinking, LT asked the entity if its name was Zozo.

“When I asked if its name was Zozo, it stopped moving for a while then continued spelling nonsense.” Annoyed with this, they decided to close the session.

The group then went outside for a break. However, upon returning inside and walking into the hallway, they were met with a terrible smell, something LT described as a mix of vomit and “rotting meat.” Such a smell happens to be one of the signs of a demon. They proceeded upstairs, though strangely, when they later returned to the hallway, the smell was gone.

LT eventually went home, and all seemed normal. Until she went to bed.

Just as she was about to fall asleep, a song began to play. “My favorite song started blaring from out of nowhere,” she wrote, “I checked my devices. It was playing on my boyfriend’s phone. It wasn’t playing when I got in the room. I brushed it off and went to bed.”

Other odd things happened to LT and her friends. The power went out later that day, at the same hour they had begun using the Ouija board the day before. One of her friends also heard a door slam shut while no one else was nearby. “She left it open,” wrote LT, “She told the door to stay open and it did.”

That wouldn’t be LT’s last encounter with Zozo, though this would be her final message on the subject. She and her group of friends got together once again to use the Ouija board, and for a moment LT thought she was communicating with her deceased grandfather. “I had a feeling it wasn’t who the spirit claimed to be, so I asked who it really was,” she wrote. “It went to Z so I immediately said goodbye.”

“They say it asks about where I am…”

The Zozo demon is a persistent entity, and once it has marked a Ouija user, it doesn’t seem to let go easily.

One individual seems to have caught the demon’s interest, while using a Ouija board with his friends. “We like to play the Ouija board often to pass some time and laugh,” he writes, “But for the last couple of months, every weekend we get zozo.”

On one occasion, the entity threatened the user, causing him to end the session. The following night, he was startled awake: “I woke up in a cold sweat with a chest pain.”

He didn’t continue using the Ouija board with his friends, but some doors are not so easily closed. “They say it asks about where I am and why I’m not there. I don’t get it, why does it ask about me?”

I’d like to add one more thing here that I found strangely interesting. This probably isn’t connected to the demon Zozo by anything other than coincidence, but, well…

While playing the classic RPG Final Fantasy VI earlier this year, I was bemused to find that one of the towns in the game is called Zozo..

But that’s not the only link to the Ouija demon of legend. Before you reach Zozo, you’ll likely pass through another town to the very south, called Jidoor. There, if you talk to one of the villagers, he’ll tell you simply: The people in Zozo lie.

Once you actually visit Zozo, you’ll find this to be exactly the case. They’re all a bunch of liars up in Zozo. It’s actually the key to solving one of the game’s optional puzzles.

Later, you’ll (if you decide to) traverse Mt. Zozo, where you’ll run into a character who’s spent several months writing letters via carrier pigeon to a woman, pretending to be her deceased husband.

The point is, I find it interesting how not only is the town in the game called Zozo, but the theme surrounding it is lies and deception. And in the case of Mt. Zozo, not just any old lie — a lie about being a deceased loved one. Just like Zozo, our alleged Ouija demon.

Final Fantasy VI first released on the Super Nintendo in 1994. Maybe there’s a connection here, maybe there isn’t. But like I said, I just found it interesting. 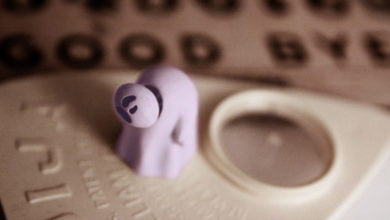 5 Signs Your Ouija Board Session Has Gone Horribly Wrong

There you are, sitting at a table with a group of friends, fingers on the planchette. You're ready to communicate with the great beyond – but wait! You never know… 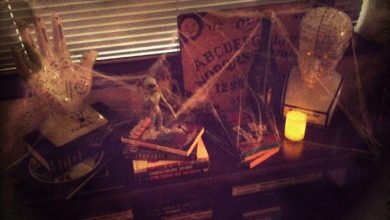 Is the Ouija Board Just a Game?

I’ve always found it a bit funny how the Ouija board, that sinister portal for demonic entities, is sold to children at toy stores. Even if you allow for the… 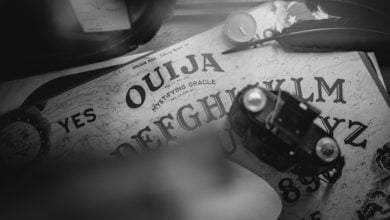