Electronic voice phenomena is one of the most haunting aspects of the paranormal.

I remember listening to episodes of Art Bell’s Coast to Coast AM long ago involving EVPs, and they ran the gamut, from faint voices saying “hello” to violent disembodied clanging noises, and what Bell himself found so terrifying: the sound of people crying on the other side. All of it was inaudible to the human ear, but later revealed through the use of recording devices.

Were the voices real? Maybe. Maybe not. What mattered was that they kept me up at night.

These days, one of the most popular and debated EVPs happens to be this one right here:

If you search around, you’ll often see it pop up in random online conversations about EVPs and creepy videos.

In fact, this EVP is such a cult hit that I actually learned about it from a 2017 PC game called Faith. In the game, a skinwalker-esque demon runs toward the player while wandering a forest, occasionally shouting “I have the body of a pig!” in a garbled digitized voice. It’s a trip.

But what does it mean?

The video itself and its accompanying EVP were allegedly taken within an unidentified asylum in the U.K., and later uploaded to YouTube on June 7, 2007 by devonraymond.

It begins with a short disclaimer by the uploader, stating that the EVP was recorded “during my work with a group who I am no longer legally entitled to name nor claim any association with.” It then shows a very brief clip of a group of paranormal investigators exploring a location “reputed to be haunted.” They come upon one section with a furnace, and as they open it, a voice is allegedly captured on their camera.

It says simply, “I have the body of a pig,” and then snorts like one. According to the video, “no one heard the sound at the time.” Only upon later examination of the footage was the voice discovered.

After the EVP clip is repeated, slowed down and processed, the video then displays an alleged photograph taken at the same time. In the photo, a figure can be seen lurking in the darkness, almost lizard-like, hunched down and staring forward, with two bright beady eyes and a gaping mouth.

In 2010, a user at the Unexplained Mysteries forum claimed she had contacted the person who captured the EVP, and shared his response. The reply reasserted that the video wasn’t a hoax, and went into further detail.

Apparently, the location of the alleged haunting was kept secret due to concerns that the footage would negatively affect the property’s value. He claimed that it was once an asylum that had since been turned into an apartment complex:

“…the building was once a genuine asylum which housed a great many confused and sometimes dangerous patients – I had documents to prove it.”

The reply also mentioned that the voice on the EVP sounded more like it was “mocking” the investigators, rather than trying to scare them.

Many have pointed out the potential link between the statement “I have the body of a pig” and an event described in the Gospels, in which Jesus cast out Legion from a man, and the demons fled into a herd of pigs.

“A large herd of pigs was feeding on the nearby hillside. The demons begged Jesus, ‘Send us among the pigs; allow us to go into them.’ He gave them permission, and the impure spirits came out and went into the pigs. The herd, about two thousand in number, rushed down the steep bank into the lake and were drowned.”

Whether it be through the use of ouija boards or even ghostly scratches, demons are known to do certain things to mock humans. They’ll pretend to be loved ones in order to deceive, like the demon Zozo, or claw at a person’s skin leaving three marks, allegedly as a way to mock the Holy Trinity. If possible, they’d no doubt mock us with words, as well.

In 2015, YouTuber ScareTheater posted a video debunking the EVP. Some of his points could be countered. For example, the inability to see the figure in the actual video (after adjusting the contrast) could be due to the nature of video and still photography — an incorporeal being doesn’t necessarily play by any logical rules. That it would show up in one media and not the other doesn’t seem like much of a deal breaker to me.

That said, the most damning evidence is the existence of other fake videos on the channel. If one video is provably fake, there’s no reason to believe the others aren’t also fake.

But, I suppose you never know. It’s up to you whether or not you believe the claims of this particular EVP video.

I’ll just end with this.

Buried among the comments of the original video is someone who claims they had a dream featuring the very same demonic voice and those words, “I have the body of a pig.” The twist? This person also claims to have never watched the video before having the dream:

“I heard this in my dream. And also saw it. What’s scary? I didn’t even see this yet. EVER. and I was like, ‘that sounded too real..’ searched it… and started crying. I don’t know how I found this. Heard it. And had a dream about it. It was almost the exact same…”

What do you think? Is this a legitimate EVP, or another paranormal hoax?

At 3:30 a.m. on Thursday, February 13, 2020, employees of a McDonald's in Pueblo, Colorado reported hearing a woman screaming along with what they described as "demonic sounds." Pueblo Police…

While EVP researchers in our world attempt to communicate with spirits using recording devices, could there be individuals in other dimensions, incorporeal from our point of view, attempting to do the very… 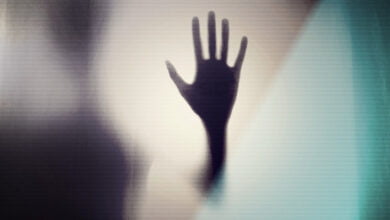 On The Various Types Of Supernatural Entities & Manifestations

The universe is a strange place. Here's a list of the many supernatural manifestations and entities said to exist. Whether you believe these are cosmic anomalies, hallucinations, or tricks of…