It’s the strangest thing when you mysteriously lose an item, only for it to reappear in a location you swear you’ve already checked five times.

Maybe you blame forgetfulness. Maybe you think you just missed it, and perhaps owe your eye doctor a visit. However, there’s also a more extraordinary explanation, if you are so inclined.

In paranormal circles, it’s known as disappearing object phenomenon (DOP). This is a broad term, and encapsulates a number of otherworldly causes for objects going missing — paranormal entities borrowing your stuff, items blinking out of existence, and even tears in the fabric of space and time.

Or a computer glitch.

That’s right: You may, right now, be nothing more than a collection of bits existing in some kind of cosmic computer software. When something inexplicably vanishes only to rematerialize in its usual spot a few minutes, a few hours, or even a few days later, you might have just experienced a temporary hiccup in the universal simulation we call our reality.

Read more: Are We Living In The Matrix?

Not convinced? I hopped over to the most reliable destination for anecdotes on the Internet, Reddit, and ventured once again into Glitch in the Matrix, a place where everybody seems to have misplaced their keys. Here’s what I learned…

Popping Back to Being

Our first case of disappearing keys was reported only about a month ago.

The witness had lost the keys to his P.O. box a few weeks earlier. They’d seemingly vanished without a trace, though admittedly this wasn’t the first time. He had a history of losing things.

He and his wife searched the likeliest places — the car, their clothes pockets. The keys simply didn’t turn up.

A week later, though, something happened that the witness couldn’t help but find extremely “creepy.”

He and his wife were heading to the P.O. box again to get their mail when they decided to stop by a local Starbucks. As they pulled into the parking lot, they heard the sound of jingling keys, as if they had been “dropped from [an] unknown place.”

“At the same time we both look down at the cup holder and there are my missing keys just sitting there seemingly out of nowhere! It caught us both off guard and just kinda put us in a pause moment.”

The keys had returned, as if they had blinked back into existence and fallen into the car, just as the couple were planning to visit their P.O. box. The situation was doubly confusing, as they had already searched the car — how could they have missed the cup holder of all places?

The witness, of course, was happy to have found the keys, but found the experience an unsettling one.

Sometimes, a case of DOP is accompanied by another type of mysterious phenomenon.

While at work in his shop one day, another witness suddenly realized his keys were missing. He’d just spoken with a client at the front desk, and figured perhaps she had accidentally taken them when she grabbed her sunglasses on the way out. But that possible explanation wasn’t exactly helpful.

“I had no way to contact her because it was her first time in the shop,” he wrote, “I didn’t get her number.”

This was a problem. He went for the next best thing — the security camera, to at least confirm whether or not she had taken the keys at all. What he found was unexpected, to say the least.

“I went to check the security video tape it was missing the 30 seconds or so she was getting in to her car so I couldn’t see if she had my keys or not.”

He found this very odd. Why was that specific moment missing on the security tape?

Where were the keys?

Things got even stranger the next day, when the keys turned up in the shop’s mail box. Curious still, the witness returned to the security tape to check who, if anyone, had placed them there. However, this time, while the footage wasn’t missing, there was “no sign of a car pulling up in the parking lot.”

What exactly happened, here? The keys seemingly vanished, only to reappear the next day in the mail box. This, at least, could be somewhat explained — perhaps someone found the keys and returned them on foot, or before leaving.

But what do we make of the woman and the missing 30 seconds of tape?

Returning from the Void

One of the more intriguing explanations for DOP is that it’s the result of psychokinetic ability, the witness him or herself inadvertently causing the object to move or disappear.

Psychokinesis is the alleged ability to move objects with one’s mind.

Can DOP be caused by the mind of the observer? Can just thinking about a missing object cause it to manifest?

In another case, a witness may have done just that. A year before, he had purchased a new keychain, and added all of his keys to it. The keychain itself was shaped like Bulbasaur, a popular character from the Pokemon franchise. Unfortunately, sooner or later the Bulbasaur keychain popped off, and he didn’t see it again.

Until a year later.

The witness and his girlfriend were shopping at Walmart when they stumbled upon the very same type of keychain he had lost the year earlier. “Hey, remember when I had that for like a week and lost it?” he joked, and they moved on without giving it much thought.

But when they returned home, something odd happened.

“When we get home, we’re walking through our front lawn and my girlfriend stops because she noticed something on the ground. She picks it up and shows me that it’s the bulbasaur keychain we had just spoke about.”

Given its location, an area where they’d constantly walked, mowed grass, and done yard work, the witness felt he, or someone, should have easily noticed the keychain long before that. “It’s even more strange,” he wrote, “that it would appear the day it was talked about.” He hadn’t spoken of it since the day it vanished, and yet here it was, again, right after he’d thought about it.

Could he have conjured the object back into existence with the power of his mind?

A Key Reappears…In The Ignition!

Finally, we have this, perhaps the strangest entry here.

The witness, in this case, was working at an Enterprise car rental, though he managed trucks. His job, as he put it, was to “inspect, clean, park, and sometimes deliver the trucks.” And on any given day, that’s exactly what he did, without issue.

That is, until one strange Sunday afternoon.

It began normally. The witness opened up “the bay” and gathered all the keys, arranging them according to truck size. He then placed them on their “assigned rings.”

Choosing to begin with the largest of the trucks, he grabbed the keys for the 26-footers. Then, out of habit, he went to each truck, checked to make sure they were dirty, and put the keys into their respective ignitions. This way, when it was time to clean each truck, he could just hop in and move it without searching for its key again.

As he finished, his manager approached and asked that he get to work first on a specific truck, one of the larger variety. The customer, he said, would be there soon, and this was actually a double cab.

However, they soon realized there was a slight problem: The witness remembered already inspecting that very truck, but he didn’t have the key for it. This, he assumed, meant the truck had already been cleaned. The manager just shrugged it off, and went to look for the key, leaving the witness to get started with the cleaning.

Later, when the manager returned, keyless, he asked the witness again to “double check” his keys. The witness did so — double checked, triple checked — and still, they were gone.

At this point, he decided to do the obvious thing, and went to inspect the truck itself:

“I went to the driver side and my friend went to the passenger side, but both doors were locked. I peeped through the window and noticed the truck was definitely dirty so I should have had the key.”

But he didn’t. He even went to check the maintenance keys; perhaps this truck had broken down, and needed special work. No dice.

The witness then offered to simply clean a different double cab for the customer. This, he figured, was the easiest solution. So he went to another truck, cleaned it up, pulled it up for rental, climbed out, and the job was done.

However, it was as he climbing out that he noticed the other truck, the one with the missing key. It was running.

Funny, he thought. Figuring that his manager had found the missing key, he went inside and let him know that the other truck was clean, and out of curiosity asked, “Where’d you find the key?”

“I didn’t find the keys,” the manager said, “I haven’t looked after we decided to just rent the other one.”

Needless to say, the witness was very confused. He quickly went back outside to investigate. There, he found that the truck was, indeed, running. He went over to the driver’s side door to pull it open. It was locked. ”I instantly got this weird feeling and climbed up to look through the window again,” he wrote.

“This time when I looked through the window the key was in the ignition and the truck was clean! I said “no way” and went to check the tag to make sure it was really the same truck. The tag matched, this was the truck.”

The passenger door was locked, as well. And yet, there were the missing keys, in the truck’s ignition, and the truck was running.

Much of this could have been easily explained. — perhaps someone else had found the keys and cleaned the truck. But only three people were present that day — the manager, the witness, and his friend — and they were accounted for. No one claimed to know what was going on. Was it joke?

To put a final twist on this story, the three of them eventually turned to the security cameras to see just who had meddled with the truck, if anyone. What did they find?

“…the cameras didn’t show anyone getting into the truck or starting it. The key just mysteriously popped up in the truck and the truck was magically cleaned and running.”

What do we make of the above stories? Objects vanishing only to reappear, sometimes under extraordinary circumstances. Security cameras failing to capture the events. Where do the objects go when they disappear, anyway?

Perhaps there’s a reasonable explanation for the above, something we’re missing. But for now, we just have the stories. What do you believe? 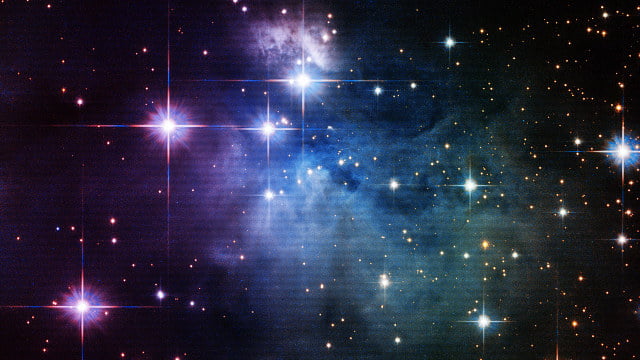 Lerina Garcia: Did She Wake Up In Another Universe? 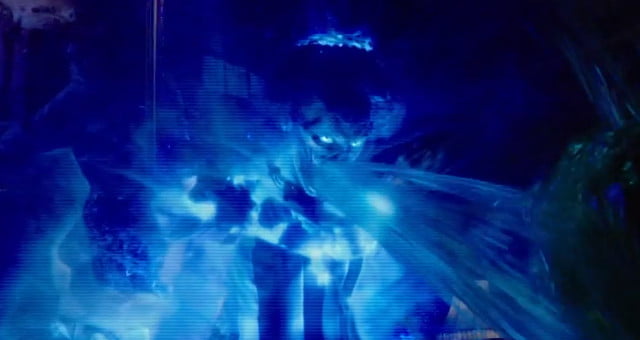 Is the Ghostbusters Reboot Set In A Parallel Universe? 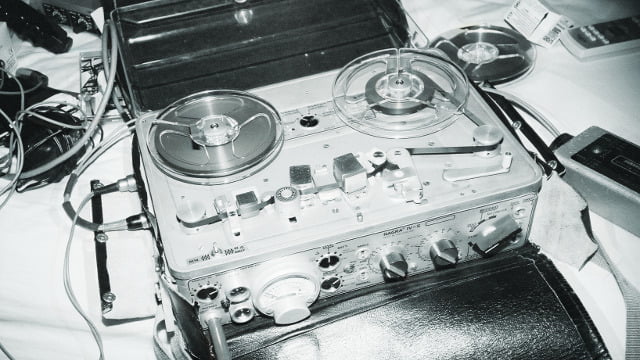 Are Ghostly Transmitting Stations Our Bridge to Parallel Universes?
Comments