A YouTube video posted in June alleges to show an “impressive UFO” above Yellowstone.

The blurry footage was apparently taken on June 9, 2017, and in it you can see what looks like a bright, glowing orb that seems to glow even brighter as it moves from right to left and then off screen. Fox News describes it as metallic, with a “bright light” emerging from the object before zooming away.

They also make a point to mention the growing number of earthquakes happening at the supervolcano recently.

According to Newsweek, Yellowstone’s current “earthquake swarm” is one of the largest on record, with about 2,500 tremors recorded since June 12, 2017. This, they say, isn’t necessarily cause for alarm, but it is pretty interesting, given that the largest ever swarm hit about 3,000. A quick search for Yellowstone earthquakes on Google shows that the most recent quake happened nine miles from Lincoln, Montana on October 9 (9:58 AM), and was magnitude 2.9.

Perhaps, if real, this “UFO” footage is actually of some kind of natural phenomenon. For example, there’s a hypothesis out there that ball lightning may manifest in areas of volcanic air pollution. Volcanic lightning (or a “dirty thunderstorm”) is also a documented weather phenomenon, so maybe that has something to do with our anomaly here.

It could also be an aircraft or drone. If you watch, you can see what vaguely look like cars traveling the road, which also lead to some bright glowing effects.

Or not. Who knows? Maybe E.T. just wanted to check out the Yellowstone supervolcano before it went boom! 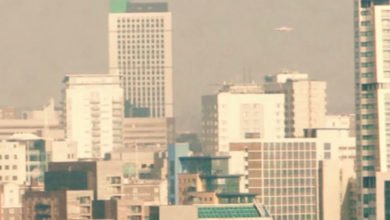 A UFO Spotted Over Leeds (And Other Yorkshire Activity) 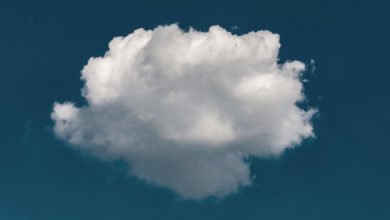 Are Aliens Hiding Among the Clouds? 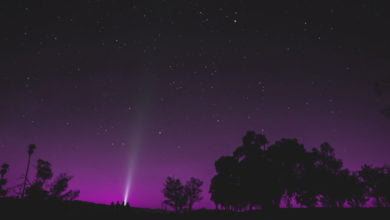 10 Famous UFO Pictures & Videos (And the Stories Behind Them)