Can plants communicate with each other? Past studies have shown they can, at least in the form of chemicals and ultrasonic sound waves in response to environmental stressors. But how about this: Can plants speak words to humans?

A recent article over at BBC Future takes a look at some of the people out there who believe plants can indeed communicate. Most of it focuses on actual scientific studies on the matter, including a heavy delve into the work of researcher Monica Gagliano of the University of Western Australia.

Gagliano has performed a number of studies involving plant communication. But most notable of all is her claim that, according to BBC Future, she has “heard plants speak to her using words.” This is something even Gagliano admits is well beyond science.

Another article over at the Independent looks further into her claims, which she wrote about in her 2018 book Thus Spoke the Plant: A Remarkable Journey of Groundbreaking Discoveries and Personal Encounters with Plants.

It was during a visit to Peru in 2010 that she employed a shamanic Amazonian method of plant communication known as the dieta, with the help of local plant shamans. This after she had encountered a voice in her head while working at an herbalist clinic — the voice of a plant, which urged her to begin studying them.

From there, her journey into the world of plants had truly begun.

It’s all an interesting possibility, but still one that lies outside the boundaries of science. However, to those who have experienced that unexpected “voice” of a plant in their head, as Art Bell might say: They know what they heard. 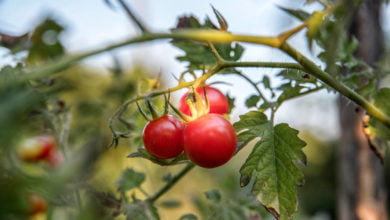 We've all probably asked ourselves this question when outside gardening or while eating those mashed potatoes for dinner: Do plants feel pain? Do they know what's happening when we prune…