If I didn’t know any better, I’d say the International Space Station already has the makings of a popular galactic trade hub. I mean, just about every day someone catches a new unidentified object loitering around the station on its live video stream. My thoughts: maybe they’re just waiting for it to open.

A few recent examples, all courtesy of one Streetcap1 (click the images to see their respective videos):

April 22, 2015: a “small white disc” appears to match the station’s speed before disappearing out of view

April 24, 2015: an ethereal blue UFO gets very close to the station

Earlier this year, back in January, ufologists accused NASA of cutting the live feed after a couple UFO sightings. As that bastion of objective truth The Daily Mail reported: “On two separate occasions this month, alien hunters claim to have spotted mysterious objects appearing on their screens before it goes blank.” Mysterious!

Of course, skeptics aren’t having any of it. The objects in question could be debris or dust or lens flares or mynocks or even just gunk on the camera lens. In same cases, a mysterious UFO may actually just be the moon out of focus. NASA themselves admit — their camera just kind of sucks.

But assuming, for a single solitary moment, that what we’re seeing in these videos are extraterrestrial UFOs, why are they so interested in the ISS? I’d like to say there’s a juicy conspiracy theory out there about aliens and our space station that I can end this post with, outside of these UFO sightings. But if there is, I haven’t found it. Yet.

However, what I did find is this: a video from 2009 that suggests the ISS is not only fake, but that all of the footage we’ve seen has been recorded in a “massive water pool.”

The UFOs, in that case, may very well be fish. 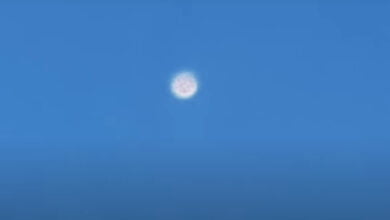 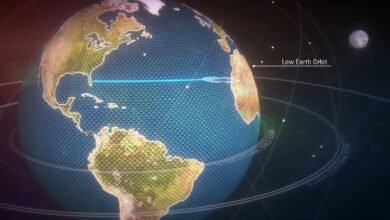