The Baltic Sea Anomaly is a mysterious object discovered by the Swedish diving team Ocean X during the summer of 2011.

While out searching for a shipwreck in the Baltic Sea that year, the divers came upon a large, unidentifiable — and perhaps unnatural — object on their sonar. It rested about 300 feet (90m) below the surface, and measured 200 feet (60m) in diameter. What looked like an elongated “track” or “streak” also appeared near the object.

Ocean X captured a blurry sonar image of the so-called “anomaly” and shared it with the public, leading to untold amounts of speculation about its origin. Was it a rock formation? An extraterrestrial craft? Perhaps, some mused, it was the remnant of an ancient civilization, buried at the bottom of the sea.

The image in question shows an object that looks very unnatural – rounded on one side, with two separate rectangular areas on the other. In fact, its shape is very similar to the Millennium Falcon of Star Wars fame, adding to the flames of speculation.

Some even claim they can see “ramps” or “stairs” and other seemingly man-made structures on it.

Even more curious, there were reports at the time that electrical devices such as cameras and smartphones wouldn’t work within 200 meters of the anomaly. A report by the Daily Mail the following year, in June 2012, described how the Ocean X team had returned to the site to investigate further, only to discover bizarre electrical interference.

“Anything electric out there – and the satellite phone as well – stopped working when we were above the object.”

They also revealed that the object was raised 10 to 13 feet above the seabed, and “covered in something resembling soot.”

Things Get Even Weirder

An artist’s interpretation of the Baltic Sea Anomaly muddied the waters, so to speak. The recreation – a 3D rendering — was often shared in posts and YouTube videos, and passed off as real. If you take a look at it, you’ll see why it’s a bit more compelling – it’s much clearer (being a rendering), and has a much more “crafted” look, with what almost appear to be steps on one side.

Here’s a short rundown of the many other theories out there of what the anomaly could be (and I’m sure I’m missing some):

That last one is a bit curious. The claim, originating from (where else?) a YouTube video, is that the mysterious object is a monument constructed during the Paleolithic Era, and in fact contains hieroglyphs commonly used by the people of Atlantis.

Hey, I’m just throwing it out there.

So, What Is the Baltic Sea Anomaly?

According to Live Science, Volker Brüchert of Stockholm University recently examined stone samples from the anomaly, and found them to contain “granites and gneisses and sandstones,” as well as “a great black stone that could be a volcanic rock.” This was telling, as Live Science pointed out, because that’s “exactly what one would expect to see in a glacial basin.”

This is consistent with the history of the area, as the Baltic Sea itself was “influenced” by thawing glaciers thousands of years ago. Rock formations on the bottom of the sea, including this particular anomaly, are likely remnants of that time.

The volcanic rock, as well, was likely “transported there by glaciers,” according to Brüchert.

Their conclusion, then, is that the Baltic Sea Anomaly is actually nothing more than a glacial deposit.

Ocean X and others are apparently skeptical of these results, however. Many continue to point to the electrical disturbances encountered in the area, and the strangeness of the anomaly’s appearance. They also say the rock samples analyzed were not from the object itself, but rather the surrounding area. Some believe these reports are an attempt at a cover up.

Others suggest that the original sonar image – the only true evidence we can actually view of the object itself – is simply too blurry and filled with artifacts to reach any kind of conclusion. Meanwhile, those 3D renderings of the object continue to appear on YouTube and in tabloids, further confusing the situation.

But that’s hardly the end of the story.

According to NOAA, we’ve only explored less than five percent of the ocean. The rest of it remains a complete mystery. With that in mind, it’s not unreasonable to wonder what strange curiosities might await us as we continue to explore them.

The Baltic Sea Anomaly may not be anything extraordinary at all, but who knows what we’ll find in the future… 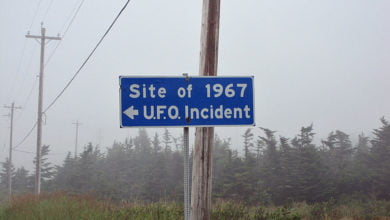 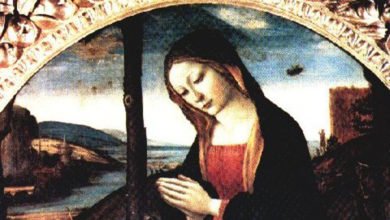