“Origin Year 8100” is the final line in the translated binary code allegedly received by Sergeant Jim Penniston during the Rendlesham Forest UFO incident of December 26, 1980.

The full message reads as follows: 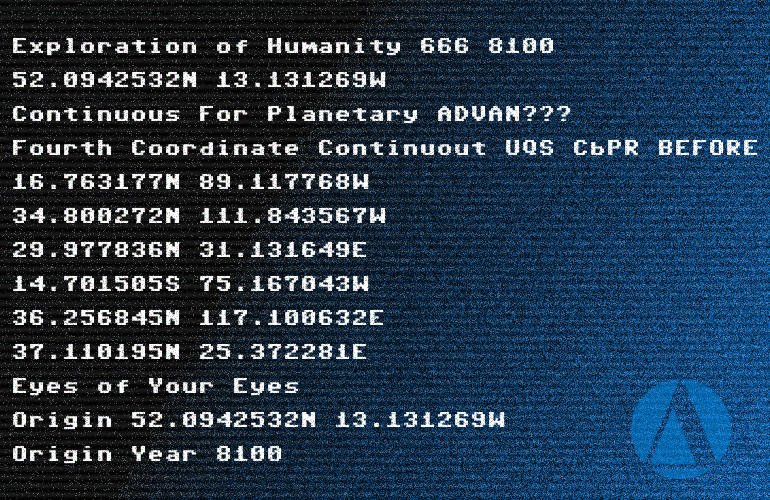 The meaning of the date is unknown, though it has been theorized that the alleged aliens encountered that night may have actually been travelers from the future, perhaps arriving from the year 8100.

In fact, some believe the coordinates shared telepathically with Jim Penniston identify hidden alien bases around Earth. These locations include Hy-Brasil, the Great Pyramids of Giza, the Nazca Lines, and several others.