Now, I’ve only been on the classic ride at Disney’s Magic Kingdom maybe one or three hundred times, but I don’t remember seeing any ghosts. Pirate skeletons, sure. Audio-animatronics? Of course. But real ghosts? Not so much.

But just because I’ve never seen him, doesn’t mean George isn’t there. That’s something I would perhaps eventually find out on my own.

The story of George the Ghost goes like this: In the early 1970s, when Pirates of the Caribbean was first under construction, a welder named George tragically died.

Some say George was crushed by a falling beam, others that he fell to his death from high above the ride’s burning city scene. Whatever way he met his untimely end, ever since then the ride has been haunted by ghostly apparitions and strange occurrences, particularly if cast members (otherwise known as Disney World employees) fail to follow a simple paranormal rule.

Check Out: Ghost Sightings at Disneyland and Walt Disney World

According to the legend, ever since that tragic event, and even to this day, cast members will tell the ghost of George “Good Morning!” when they first open for the day, and “Good night” when they close things down. Ignoring George, failing to tell him good morning or good night, is said to have supernatural consequences.

The ride might malfunction. Phones might ring in the control room with nothing but a silent ethereal entity on the other side.

Doors have been known to open by themselves, such as one near the final jail scene, where animatronic pirates try desperately to convince a dog to give them the cell key. That door, or so it’s said, is called “George’s Door.”

Another location related to George is the tower in the burning city scene, dubbed “George’s Tower.” If the light is on in the tower, it means strange things are afoot, and that George may be present and watching.

Stranger still, if both George’s door is open and his tower alight, legend has it that a severe malfunction can be expected.

Other encounters with George involve the usual paranormal flair. Guests to the Magic Kingdom have, on occasion, reported feeling chills during the ride’s burning city scene, where George is said to have met his untimely fate. Others claim they’ve felt taps or tugs on their shoulders with no known source. Cast members have reported mysterious footsteps when no one else is around.

Orbs have appeared on ride cameras, along with other peculiar manifestations. A few of these have been captured on film by park visitors.

In a thread over at DISboards.com, many posters have shared their own experiences with George, as well as some photos. Some claim that saying George’s name three times during the fire scenes may cause George to manifest in strange ways. Others believe mocking George will lead to malfunctions.

“I actually made my sister try this on our trip this past December,” one user wrote back in 2008, “She said, ‘George,’ three times in the fire scene just like I read, and seriously, the ride stopped just before unloading. We were stuck for about 10 minutes.”

“I actually saw George last year,” another wrote, “As I entered the car, I said in a low voice, that I didn’t believe George the Ghost existed…As the ride started I felt a very cold chill, but different than anything I ever felt. It seemed like it was coming from within me.” That poster then claimed to witness a man sitting in front of him, who turned, smiled, and then “simply disappeared.”

On April 1, 2013, poster marlyng shared her story. She’d been on the ride with her family, and as their boat passed through a veil of mist (which nowadays has faces from the movies projected onto it), she took a photograph of herself and her brother. A vague figure appears to sit behind them. 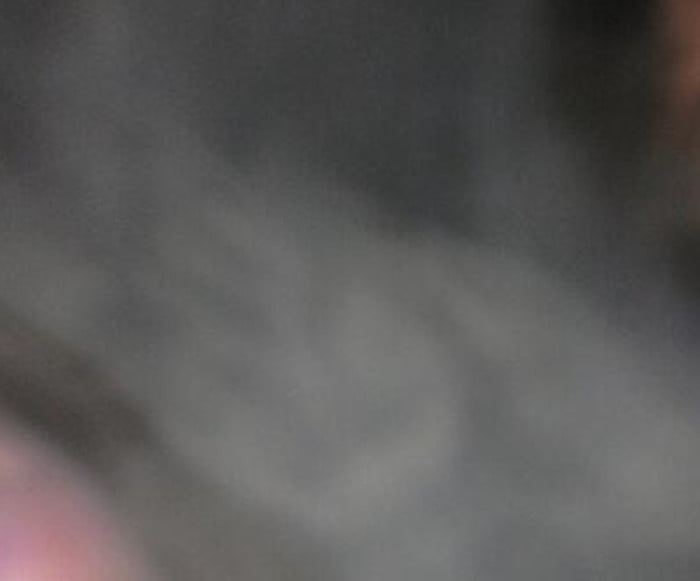 She claims she later asked cast members about the strange photo, and they told her, “It was George.”

“They told us not to provoke him any further because he does not like his picture being taken,” she wrote. She and her brother returned to Pirates of the Caribbean later that night. “We went on the ride, and I shook the entire time while squeezing my brother’s hand in fear as we sat in the same row as before. I had goosebumps all over my body throughout the whole ride.”

Another poster, jque, believes he or she may have also captured a spirit orb on camera.

While George isn’t “officially” recognized by Disney, and perhaps may just be an urban legend, throughout the years cast members have come forward with their own tales of strange things happening at the Pirates of the Caribbean attraction.

Some don’t believe it at all. Others claim that while cast members don’t say “Good morning,” they do indeed say “Good night.”

Others, stranger still, deny the existence of George, but do believe there’s something going on inside Pirates of the Caribbean. As one poster shared at DISboards in 2013:

“Though most Disney ghost stories have been debunked, I do believe there is something in that building other than rats, mold, and smelly pirates. There are sections of the ride where no one would go, not even managers. We all felt this over whelming sense of dread and sorrow. Eventually, we weren’t allowed to go to those places anymore for safety reasons.”

My Own Experience With George the Ghost?

I happen to have my own horror story regarding Pirates of the Caribbean. There was that one time, when the ride broke down, and we were stuck for about a half hour listening to A Pirate’s Life For Me endlessly loop. Yo ho, yo ho, yo ho, yo ho…

However, it was an occasion in March 2019 that made me truly wonder. I’d been familiar with the legend of George the Ghost for years by that point, and made a mocking comment about him on the way inside.

After we boarded our little boats, at a certain point, the ride stopped (as it does occasionally; I wouldn’t say it’s uncommon). I can’t say where, because I honestly don’t remember. But then, when the ride finally ended and we disembarked and walked into the Pirates of the Caribbean gift shop, I pulled out my phone only to find that it was off. Completely dead.

I tried to turn it on again, but no luck. It wasn’t until after we had fully left the ride and its gift shop that the phone decided to come back on again.

Was it George? I don’t know, but you never forget something like that, and really shouldn’t mock mischievous spirits, whatever the case. So, I can only say: Goodnight, George. 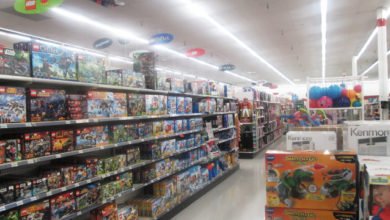 Last month, the Silverburn Shopping Centre in Glasgow, Scotland hired a group of paranormal investigators after numerous sightings of a dark, shadowy figure lurking its aisles. According to The Daily Mail,… 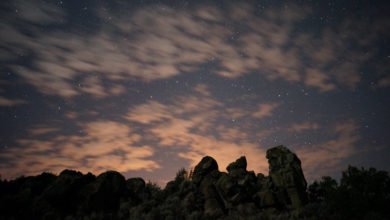 The Hernandez Family of Clovis, New Mexico witnessed something very unusual on their security camera Tuesday night. In fact, the would-be specter interrupted their dinner, leaving them only to wonder…