Have you heard the one about the talking walls?

A strange story appeared back in February, when reports circulated of a Lockport, Illinois family who are (likely still) experiencing strange noises, voices, and music emanating from the walls of their home, particularly those found in their 9-year-old daughter’s bedroom.

“There are voices in the wall and I don’t know what it is,” Brianna Smith told ABC 7 of the strange occurrence. Her father, Richard, said the noises, which have been present for the past six or so years, keep them up at night.

At one point, the situation became so annoying that the Smiths eventually contacted the police, who filed multiple reports. Perhaps hauntingly, one officer said that he, too, could hear the sounds in the walls: “Voices and music,” he wrote, “talking about Christ.”

That would keep a person up at night. Fortunately for the Smith family, the origin of their ghostly wall voices has never been much of a mystery. As the officer also shared in his report, along with disembodied voices and music, he also heard a commercial — one for the local Christian radio channel AM 1160.

Even then, knowing only gets you so far. Richard took the wall apart in an attempt to find out what might be picking up the radio signal, which he believes is likely sent out by one of the six radio towers not far from his home.

But he couldn’t locate anything that would explain it. An engineer sent by AM 1160 also investigated the house’s walls, but found nothing in particular. “I don’t know what is acting as a speaker,” he told Richard.

You can hear some of the recordings Richard Smith took of their would-be wall radio, which he shared with ABC 7’s I-Team, in the above video. “You can hear the commentator or the pastor’s voice in the wall,” he says of one of his examples, “He is praying over someone for healing.”

Under certain conditions, metal can pick up radio waves, and even vibrate to act as a speaker. Fans have been known to do so (here’s one short example from Reddit), and back in 1999 New Scientist tackled the phenomenon with a number of anecdotes involving everything from boat masts to water heaters to fence wire.

“If two items of metal are joined and there is some corrosion between them, the junction will act as a diode and ‘rectify’ or demodulate the AM radio signal. This causes an audio-frequency current to flow in the metal.”

For now, the Smith family is still trying to turn off their walls. I do wonder, though, if having your house itself recite scripture and constantly speak about Christ might ward off any potential demonic infestations… 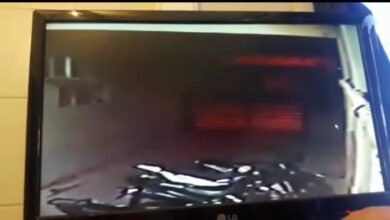 Something strange is going on at two hospitals in Argentina. Staff at the Hospital Parajón Ortiz de Famaillá are trying to understand some mysterious CCTV footage captured last month, reports… 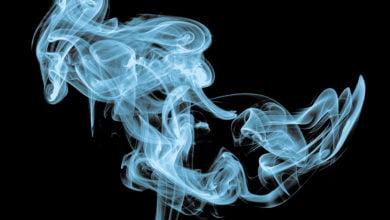 Beyond visual sightings of apparitions or mysterious goo dripping from walls, one of the other signs of a haunting is the presence of an inexplicable – and sometimes unfortunate –… 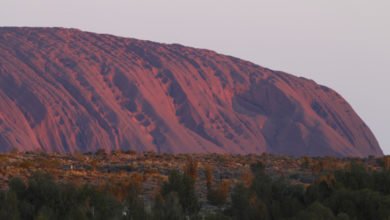 I can't just ignore a story about Ayers Rock, otherwise known as Uluru, the cursed monolith of Australia's Northern Territory. It even made it onto my list of infamous haunted…