The scientific possibility of parallel universes first arrived with Hugh Everett III’s Relative State Formulation in 1957. Not long after, Bryce Seligman DeWitt renamed Everett’s theory and introduced it to the masses, bringing us the popular term Many-worlds Interpretation.

But there are others, each attempting to solve the quantum measurement problem and, in this case, Everett’s formulation. These include the Many-minds interpretation and, my personal favorite, Many-histories.

But for now, any thoughts of dimension-hopping adventures and interacting with parallel universes are relegated to science fiction. It’s just not possible.

Let’s take a quick look at some of the weirder “clues” that maybe, just maybe, we’re living in one of many worlds.

So here’s a snapshot of an alleged ghost that popped up at the 16th Century palace of King Henry VIII. It appeared on CCTV footage after security guards were notified of someone repeatedly opening the fire exit. (And I’m not saying this is an actual ghost…just using it as an example).

Beyond ghostly photographs, though, many of these sightings could have an even more exotic explanation: parallel worlds bleeding into one another. A ghost, a specter, the haunting visage of the deceased — perhaps this person is alive and well in another world, and you’ve simply caught a glimpse into their universe.

Or perhaps this particular “parallel universe” is the realm of the dead, itself!

A Déjà vu is one of several strange phenomena of the mind (including Déjà vecu and Déjà Visité, among others). Déjà vu, in particular, is the uncanny sensation that you’ve experienced something before, that an event is repeating itself. With Déjà vecu, you may even feel that you know what’s going to happen next.

An Alter vu, as well, is a term that popped up during the John Titor saga to describe when someone remembers their worldline differently. Conflicting memories, something changed about the world they live in. Think about Marty McFly at the end of Back to the Future; he’d remember the name of the mall as Twin Pines Mall, but due to his time travel, it’s changed to Lone Pine Mall.

He remembers both realities.

Both experiences have neurological and memory-based explanations, but is it possible that Déjà vus are “memories” from other versions of ourselves in other universes, or that Alter vus are truly memories from altered worldlines?

If sleep is a little slice of death, then what are dreams?

Some dreams we remember, most we don’t. While the mechanism for dreaming is fairly understood (they tend to occur during REM sleep), we still don’t know their true purpose, if there is one. A glimpse into the unconscious mind, a way for our brains to sort out information?

Or could they be windows into another world?

Believe it or not, there have been a few cases of individuals who claim to belong to another world, or whose origins otherwise could not be traced. True, false, I don’t know.

1. Lerina García, who woke up one day in a world — our world — that did not belong to her.

According to the story, as her day progressed she continued to notice “small incongruities,” little things that were just off. But there were big things, too:

“So I went to work in my car, which was parked where I’d always parked, and it was the same office I’d worked in for the last 20 years. But when I got to my department, it wasn’t my department. It has names on the door and mine wasn’t on it. I thought I was on the wrong floor, but no, it was my own floor. I went over to the office’s wireless section and looked myself up. I still worked there, but in another department, reporting to a superior I didn’t even know.”

2. A strange man who arrived in Tokyo in 1954 with a passport from a country that didn’t exist, called Taured. Japanese customs officials detained the man, but his passport was not a fake: it had the proper stamps, was issued by the country of Taured, and even included Japanese stamps from a previous visit. The man swore that Taured was a European country that had existed for 1,000 years, and he also held other papers, such as bank statements, with the country’s name on them.

After several hours, customs officials eventually placed the man in a hotel, with security nearby to ensure that he did not leave his room, while they checked things out.

The next morning, he was gone. No trace. A manhunt ensued, but there was no point; he had simply vanished.

Obviously, the veracity of these two stories can’t be confirmed, at least to my knowledge. But you work with what you have, you know?

So, do parallel universes exist?

The above “clues” are just some possibilities that I find intriguing, not that I believe any of them. But the universe is a strange place. What do you believe?

Déjà vu. The bizarre sensation that you've experienced a moment – an exact moment – before. Science tells us, without knowing its true cause, that déjà vu is likely just…

It's the strangest thing when you mysteriously lose an item, only for it to reappear in a location you swear you’ve already checked five times. Maybe you blame forgetfulness. Maybe… 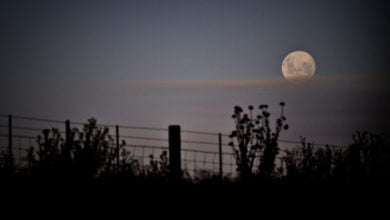 A UFO is one thing – a flashing light in the sky, a glowing orb that flies at incredible speeds. But what do you do when that mysterious object, the one that…