It looks like something out of a horror movie: An animated ooze stirring to life, climbing out of a bowl to, what else, destroy humanity one blobby hand at a time.

But it’s not The Blob. It’s a non-Newtonian fluid on a speaker.

What is a non-Newtonian fluid?

A Newtonian fluid flows consistently despite any force acting upon it. Water, for example, is a Newtonian fluid. You can push it (or try), shake it, stir it, splash it all over the place — it will always act the same. In short, water, and all other Newtonian fluids, has a constant viscosity which changes only with pressure or temperature.

Non-Newtonian fluids, on the other hand, are quite a bit different.

Consider cornstarch and water, which is an example of a shear thickening non-Newtonian fluid.

You probably did this experiment back in grade school — take some cornstarch and dissolve it in water (2 parts cornstarch, 1 part water). When you press on it, it suddenly becomes solid (or thicker, hence shear thickening). The cornstarch in water, sometimes called Oobleck or ooze, changes its state according to the force acting upon it.

(Shear thinning would mean the fluid becomes thinner when force is applied. For example, ketchup.)

In the above video, the shear thickening non-Newtonian fluid — cornstarch dissolved in water, or oobleck — thickens as it reacts to the vibrations of the speaker, making it move in the odd way it does. 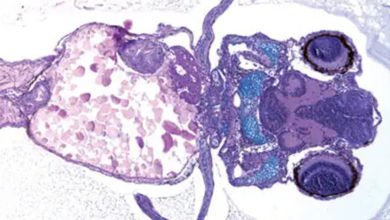 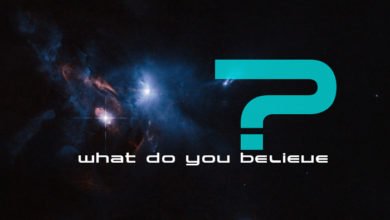