New Google Maps images have revealed what appear to be strange patterns in the Gobi Desert.

The patterns exist near China’s border with Mongolia, between Xinjiang and the Gansu province, and not terribly far from Dunhuang, the “City Of Sands.”

It’s unclear what the “structures” or patterns are made of, or the nature of their purpose.

Conspiracy theorists (if you’d like to call them that, though in this case I think it’s fair to question whatever this is) are claiming that these strange designs may have something to do with nearby Jiuquan, headquarters of the Chinese space program.

Others are suggesting that one of the patterns is identical to the street layout of Washington, D.C.

What are they? Sand versions of crop circles? Dark government secrets? An ominous sign of extraterrestrial interference on Earth? There’s really no telling, but Google’s satellite images have once again proven to be an unending supply of mystery and intrigue.

One thing I will note, however, is how the pattern in the first image above seems almost pasted on to the map. Its rectangular border is almost too perfect, and doesn’t seem to mesh completely with the surrounding area when zoomed out. This could, perhaps, indicate a glitch in Google’s mapping system, or some nefarious post-production on the images themselves.

At any rate, there are other strange objects around the area, such as large, swirling circles, so if you get a chance, poke around on Google Maps or Google Earth and see what else you can find. 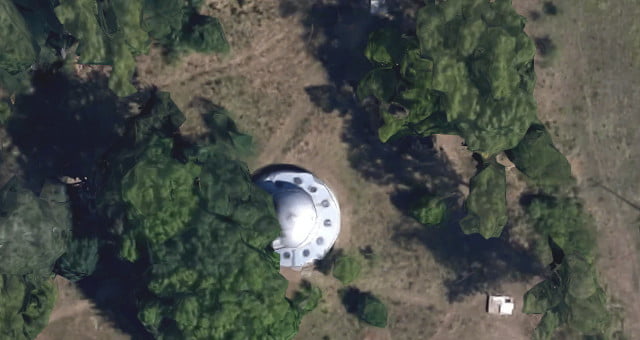 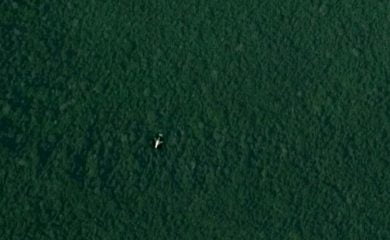 Google Maps Anomalies: A Plane in the Jungle
Comments