There was a time when you may have looked at Boston Dynamics’ Atlas robot and thought, hey, I could outrun that. It was a lumbering hunk of metal, after all.

Sure, it could open doors and go for quiet walks in the freshly fallen snow, even lift 10-pound boxes. But in a robot apocalypse scenario? Nothing much to worry about.

Then, it started to run. To jump over logs. And now, it can do a whole lot more.

Earlier this month, Boston Dynamics shared a new video of Atlas jumping into action, leaping up a short series of platforms. “Atlas does parkour,” reads the video’s description.

“Atlas uses computer vision to locate itself with respect to visible markers on the approach to hit the terrain accurately.”

At the 0:09 mark, you can watch in slow-mo as the humanoid robot jumps up each platform, one foot at a time. While not the most impressive “parkour” ever put to film, it’s still very impressive and human-like.

I can only wonder: When all is said and done, how high will Atlas be able to jump? How fast will it run? What else will it be able to do?

Meanwhile, Atlas’ four-legged robot companion Spot recently underwent “robot testing” at the Takenaka Corp. and Fujita Corp. construction sites in Tokyo, as seen in this video. According to Boston Dynamics, it “used a specialized payload for surveying work progress.”

This is all in preparation for Spot becoming available “for commercial usage” in the latter half of 2019. No word yet on when you’ll be able to purchase your own Parkour Atlas robot butler, though. 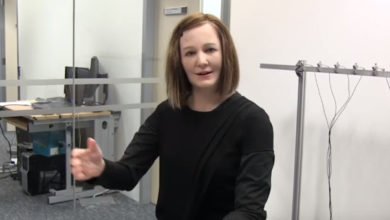 Bioengineer Kevin Kit Parker of Harvard University and his team of scientists at the California Institute of Technology have successfully created a “jellyfish-like creature,” what they call a Medusoid, out… 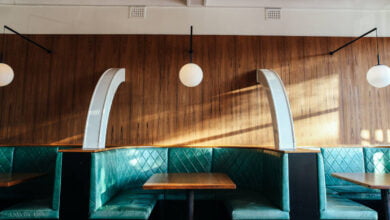 Will 2021 be remembered as the year of the cat-themed food robot? Maybe. This year, a number of restaurants in the U.S. and Canada added "cat-like" delivery robots to their…