Here we have El Ojo, the Eye of the Earth. Located northwest of Buenos Aires, Argentina, this strange circular island rests just inside what appears to be an almost perfectly round body of water.

As if that weren’t strange enough, the island floats, rotating independently of the land around it. This can be seen when viewing historical satellite images on Google Earth.

El Ojo’s unusual shape has led many to wonder if perhaps it was created by an alien ship. Could extraterrestrials have accidentally carved the island out of the earth while landing?

Scott C. Waring has a slightly different explanation: That El Ojo is actually the entrance to an alien base. The circular anomaly is “big enough to fit a 100 meter UFO through it,” he wrote in 2016.

Is there a UFO connection? There have apparently been many reported supernatural experiences in the area, including sightings of unidentified objects.

In 1988, at least 7,500 witnesses spotted a silver UFO over Villa Urquiza in Buenos Aires. According to Wikipedia, “the local airport reported an object flying to the west.” Another event happened on December 1, 1965, when the Adhara Observatory received a number of phone calls from concerned citizens reporting  “strange objects visible on the moon.”

Observatory staff reportedly took photos “in fixed intervals” and found what appeared to be “disk shaped objects flying in front of the moon.”

In both 2013 and 2017, witnesses also reported a black triangular craft over Buenos Aires, according to an interactive map created by UFO Stalker, using data from the MUFON database. And there have been many, many more sightings beyond that.

In 2016, a Kickstarter project attempted to raise funds for a full investigation of El Ojo. It never reached its funding goal, but the crew behind the project did manage to visit the island and reveal a few interesting details.

The approach to the island was difficult, to say the least, as it’s surrounded by a great deal of vegetation and swamp, making it rather inaccessible. They had to try twice, but after an exhausting eight-hour-long journey, they finally reached the island.

What they found was, by their description, very unusual. The water surrounding El Ojo was “clear and cold,” not murky like other water in the area. The bottom was also hard, “in contrast to the swampy marshes surrounding it.” Most puzzling was their discovery that the island does, indeed, float on its own axis. “We do not know over what,” they say in the above video.

The video also reveals that the earliest Google Earth image available of El Ojo dates back to 2003, so it’s been around for at least that long.

What is El Ojo? An ordinary and natural formation? The remnants of a giant UFO landing? Or the entryway to a subterranean alien base? What do you believe? 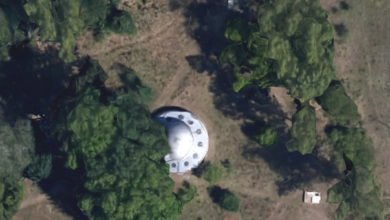 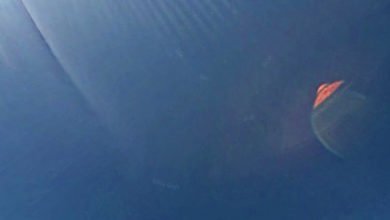 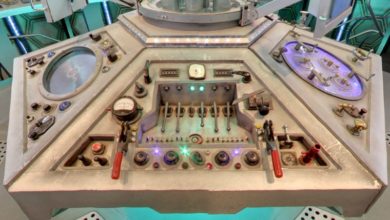