To celebrate the Lunar Reconnaissance Orbiter’s 1,000th day in orbit, NASA has released a new video that gives us a whole new look at the history of Earth’s satellite.

“From year to year, the moon never seems to change. Craters and other formations appear to be permanent now, but the moon didn’t always look like this. Thanks to NASA’s Lunar Reconnaissance Orbiter, we now have a better look at some of the moon’s history.”

Most interesting is a short peek at the moon’s evolution, from 4.5 billion years ago to modern day. Through animation, we get to see how it began as a sphere of molten rock, created from an impact right here on Earth. Later, about 4.3 billions years ago, the moon itself was struck by an asteroid, which created the South Pole Aitken Basin.

Parts of the video are like watching an intense fireworks display. 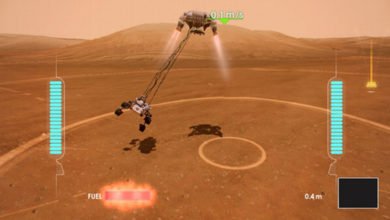 NASA's really playing up their excitement for Curiosity's arrival on Mars next month, and why wouldn't they? For the spectating EDL engineers, it'll be an intense seven minutes of nail-biting… 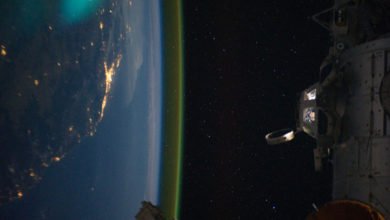 If you're a fan of space exploration, you might sometimes feel left out of the loop. There's the Hubble Space Telescope, taking awesome pictures of the cosmos, and Kepler hunting… 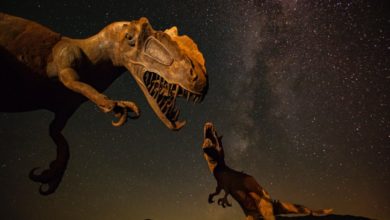 Did Dinosaurs Once Exist On Mars? Weird Rocks and Other Claims

Earlier this year, NASA published a study about Arsia Mons, a long-dead shield volcano on Mars. As it turned out, that volcano seemingly died right around the same time as…