I started using the Internet around 1999, when I was about 13 years old. We’d already had a PC for maybe five years, and a Commodore 64 well before that. But getting online and browsing the web was an awesome new thing to us.

The old stuff had a lot of charm, too: Prodigy, CompuServe, mountains of AOL disks. Posting at the Nintendo BBS and roleplaying in RhyDin chat rooms. Stuff I probably wouldn’t do today, but back then it was awesome.

But before the Internet became mainstream, it was…a bit different.

Connecting to online bulletin boards wasn’t as simple as hitting “Sign-In” and browsing to your favorite website.

You had to literally dial in.

You had to manually punch in the telephone number of the BBS you wanted to visit. 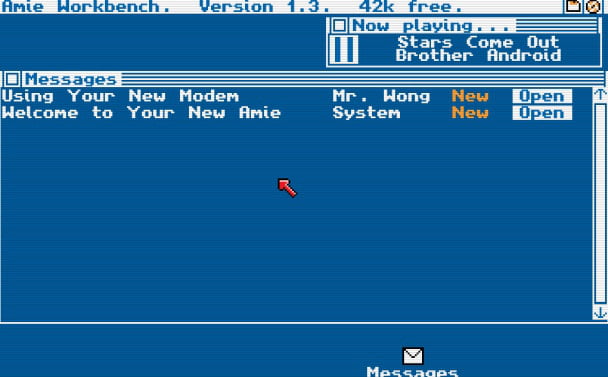 Digital: A Love Story is a PC game, or “interactive novel,” that captures this period of the early online frontier and wraps it around a haunting digital conspiracy.

It’s “a computer mystery/romance set five minutes into the future of 1988,” played through a computer interface called Amie, an homage to the Amiga.

You’ll send and receive emails, dial in to various BBSes, and quite possibly save the world. 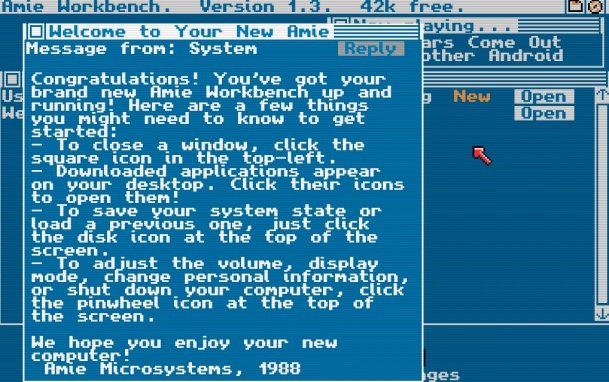 It also has a pretty cool soundtrack.

Of course, it isn’t for everyone. Some people find the repetition of typing in phone numbers a bit too much to handle (keep a pad of paper handy). Others just don’t jive with its retro-style.

But Digital: A Love Story is a nostalgic trip for those of us who remember the early computer days, and a cool look into the past for those who don’t.

I strongly recommend giving it a try.