There’s an echo throughout the cosmos, a lingering remnant from the time our universe was born, called the Cosmic Microwave Background, or CMB.

Discovered accidentally by radio astronomers Arno Penzias and Robert Wilson in 1964, the CMB is uniform microwave radiation (a very, very dim glow of light) that permeates from all directions in the cosmos. It’s the oldest light in the universe, originating from the epoch of recombination, which occurred roughly 378,000 years after the Big Bang.

All around us, everywhere we look, are these echoes from the birth of our universe some 14 billion years ago.

And you can listen to them, if you want.

John Cramer, a Professor Emeritus of Physics at the University of Washington in Seattle, created a new version of his “sound of the big bang” earlier this year, using data from the ESA’s Planck Mission.

Cramer took that data, which included information on the very slight temperature variations in the CMB, fed it into a computer program called Mathematica, and created a listenable sound out of it. He’d done the same thing ten years ago using data from the Wilkinson Microwave Anisotropy Probe (WMAP).

While the program uses temperature fluctuations to produce audible sound that we couldn’t otherwise hear, in the early universe that wasn’t the case. According to Cramer, “the original sound waves were not temperature variations…but were real sound waves propagating around the universe.”

So, what’s the Cosmic Microwave Background sound like? Here’s a short 20 second version:

And here’s a longer 100 second version, which Cramer recommends:

To read all the technical details and access the raw sound files, head over to The Sound of the Big Bang’s official page. 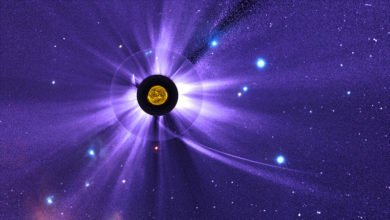 There are a number of ways scientists believe the universe will ultimately end. The Big Rip, in which the universe stretches itself apart. The Big Crunch, kind of the opposite… 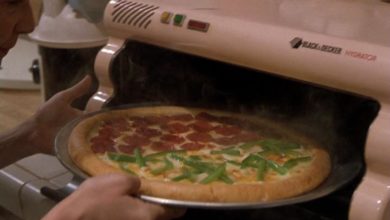 NASA has just awarded a $125,000 grant to Anjan Contractor to create a 3D printer that prints...food. The printer, based on open-source hardware called RepRap, will use a kind of… 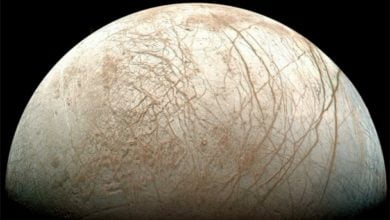 A Quick Trip To Europa

NASA is considering a 7-day mission to the Jovian moon Europa, which would commence in 2020 and allow us to explore its icy surface and the potentially life-bearing ocean underneath.…