Earlier this year, NASA published a study about Arsia Mons, a long-dead shield volcano on Mars. As it turned out, that volcano seemingly died right around the same time as the dinosaurs here on Earth.

As they shared in their news release, “The last volcanic activity there ceased about 50 million years ago — around the time of Earth’s Cretaceous–Paleogene extinction, when large numbers of our planet’s plant and animal species (including dinosaurs) went extinct.”

Now that’s pretty interesting, if you ask me. But, since we’re on the topic of Mars and dinosaurs, and this is, after all, Stranger Dimensions, I thought we’d look at a wild claim that’s a bit more exciting: That dinosaurs used to live on Mars, before going extinct there, too.

Not convinced? Well, then, I suppose we’ll just have to look at the shocking and irrefutable evidence, won’t we? Let’s have a gander.

There are, I believe, at least three alleged dinosaur skulls that people have spotted on Mars rover photos over the years, but let’s just peruse one of them.

Here we see the alleged skull, in a NASA image taken by their Curiosity rover on June 7, 2013. Scott Waring of UFO Sightings Daily spotted the anomaly in 2015, pointing out its “nostril area” and what seemed to be rows of teeth. Here, let me circle that for you.

In 2013, I shared another set of Curiosity images taken at the Gale Crater, containing what looked like dinosaur (or some other creature’s) vertebrae.

Zoomed in, you can see how the formation really does look a bit like a vertebral column, or bones of some kind.

But, still, I know what you’re thinking. There’s just no way…

I’ve written a lot about Andrew Basiago and his alleged forays through time, space, and perhaps other worlds. But even then, there are apparently a few details I’ve missed.

Across his many interviews, and even a “white paper” he wrote on the subject, Basiago has laid it all out. He’s spoken time and again about his work with Project Pegasus when he was child, and apparently he did quite a bit more than visit Gettysburg in 1863. No, that was actually just a “reward” for a job well done after several other missions.

Or so the story goes.

In fact, he claims to have journeyed much farther than that – all the way back to 1 million BC, where he allegedly watched two dinosaurs munching grass.

That wasn’t his only encounter with dinosaurs. Basiago claims not only that he acted as a human ambassador from Earth to the advanced peoples of Mars, but also that he witnessed living dinosaurs there.

They would, he said, hunt and eat any of the Martian residents who wandered too far beyond their civilization.

As for evidence, in his own analysis of NASA rover images, Basiago also references what appear to be animal fossils on Mars, as well as what he calls “scorpion men” and other bizarre forms of humanoid creatures. His “Third Category” of Martian animals includes a dinosaur or reptile-like species he compares to a plesiosaur, or perhaps Earth’s brachiosaurus.

Okay, well, you got me. I don’t actually have any solid evidence for dinosaurs on Mars. I’ve got two pictures of rocks and the testimony of an alleged chrononaut. Still, that’s better than nothing, right?

Is it possible that living creatures, dinosaurs or otherwise, once existed on Mars? I think it’s a compelling idea, myself, and certainly possible. There’s just so much out there we don’t know and, perhaps, can’t know. So much we’ve yet to discover. 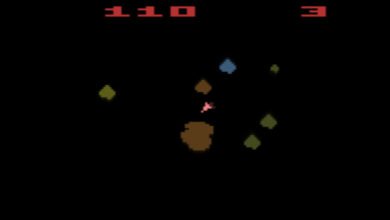 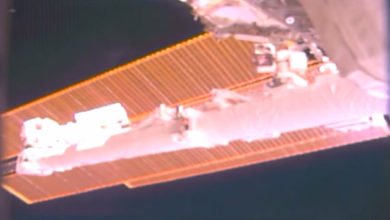 Why Are UFOs Hanging Around the International Space Station?

If I didn't know any better, I'd say the International Space Station already has the makings of a popular galactic trade hub. I mean, just about every day someone catches… 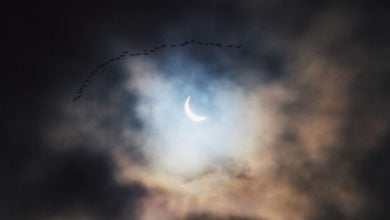 I'm not sure anyone noticed, but there was an eclipse yesterday. On August 21, 2017, the moon covered the sun in a total solar eclipse, blocking it completely (to those…