In Greek mythology, Charon is the ferryman of Hades, the one soul tasked with transporting the recently departed over the river Styx and into the underworld.

Perhaps it’s fitting, then, that scientists now believe Pluto’s largest moon, named Charon, may have once held an underground ocean beneath its frozen surface.

“NASA’s New Horizons mission, scheduled to reach Pluto and its moons in 2015, could help scientists learn if Charon was cracked and even wet in its early days.”

Like Jupiter’s moon Europa and Saturn’s moon Enceladus, which both have confirmed subsurface oceans, Charon has a cracked surface. According to NASA, this indicates that, at one time, the moon may have been warm enough to support its own subterranean liquid ocean.

The Search for Liquid Water

Beyond Europa, Enceladus, and potentially Charon, there are other known planets and moons that some theorize may have hidden oceans, or perhaps contained liquid water in the past.

There’s evidence, for example, that Mars may contain subsurface water. According to one study, researchers even found possible evidence of seasonal saltwater flows on the Red Planet.

Last year, NASA-funded lunar research uncovered evidence of “water locked in mineral grains on the surface of the moon from an unknown source deep beneath the surface.” Yes, our moon. You can read more about that over at NASA’s JPL.

It’s likely that water is abundant throughout the universe, but we’ve yet to confirm a planet or moon that has liquid water on its surface like Earth, though we’re very close.

Coincidentally, scientists have just announced the discovery of an underground “ocean,” right here on Earth, consisting of water trapped within rock in the mantle. It’s possible that the amount of water it holds is three times the volume of Earth’s surface oceans. 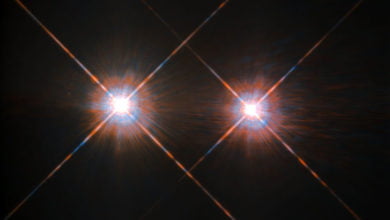 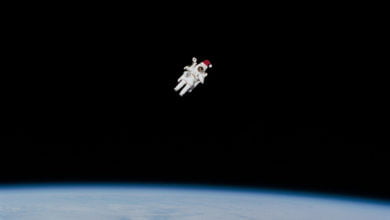 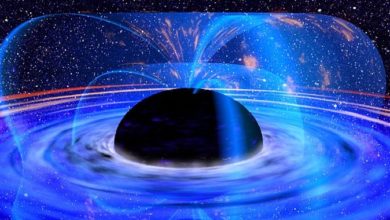 Could A Kerr Black Hole Be Used To Travel Through Time? 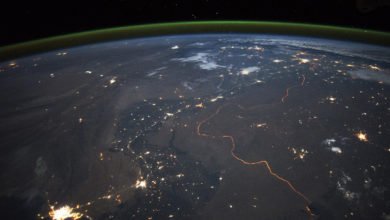 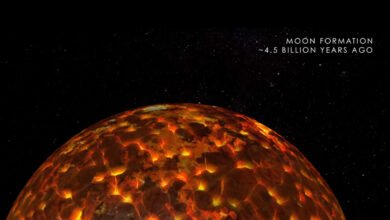 See The Evolution Of The Moon In This New NASA Video