On November 16, 1974, SETI researchers at the Arecibo radio telescope in Arecibo, Puerto Rico, beamed a message into space. They fired it toward Messier 13, a globular star cluster in the Hercules constellation, which rests 25,000 light years away.

You can view the actual binary of the image (that is, the 1s and 0s that make it up), right here (archive added, as the original link no longer exists).

When decoded, the message provides the following information:

The atomic numbers of the elements that form deoxyribonucleic acid (DNA):

The formulas for the sugars and bases in the nucleotides of DNA: 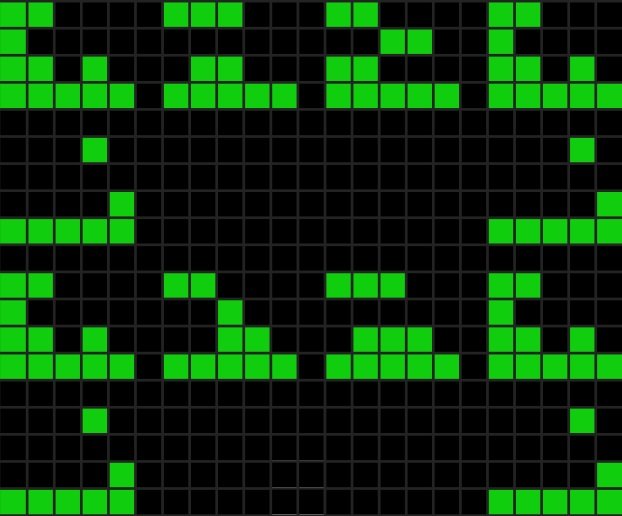 The number of nucleotides in DNA, and the double helix structure: 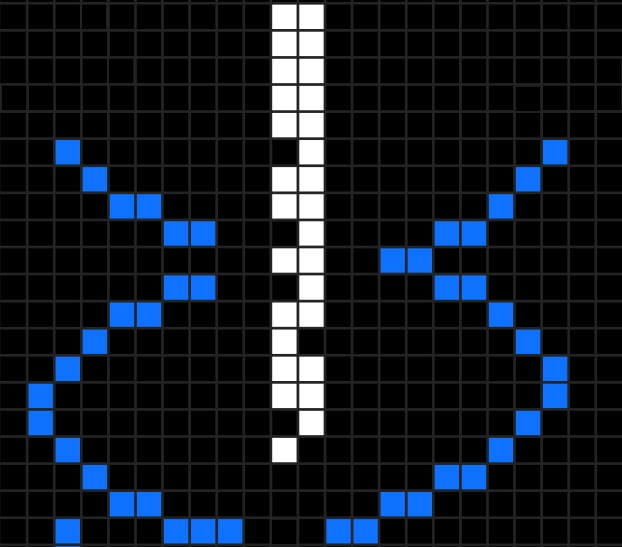 A human figure, the physical dimensions of an average man, and the human population of Earth:

A representation of the Solar System:

A graphic of the Arecibo radio telescope and the dimensions of the transmitting antenna dish: 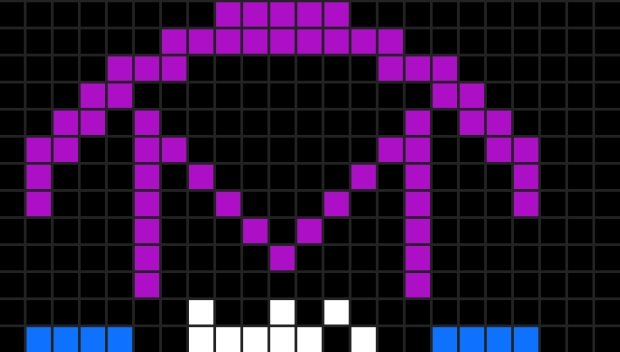 Of course, Messier 13 being 25,000 light years away, we’ll likely never get a response. But perhaps that wasn’t the original intention of the Arecibo message. Instead, we just wanted to demonstrate that, hey, we can shoot encrypted messages into space!

According to Donald Campbell of Cornell University, who worked at the Arecibo Observatory as a research associate in 1974, “It was strictly a symbolic event, to show that we could do it.”

On November 16, 2018, Google celebrated the 44th anniversary of the Arecibo Message with a special Google doodle, drawn and animated in the fashion of the original message. The doodle appeared mostly to European countries and Australia.

They also gave us this little tidbit to think about:

“In the 44 years since it was first transmitted, the message has traveled only 259 trillion miles, only a tiny fraction of the 146,965,638,531,210,240 or so miles to its final destination. During that same time, our understanding of the cosmos has advanced by leaps and bounds, raising hopes that someone may be out there, listening.”

One of the early concept drawings of the Google doodle show aliens gathered around a television set as they view the message sent by Earth, while another shows the message being delivered to an alien king on his thrown. This is appropriate, as many have wondered what an alien response to the Arecibo message would look like.

What if we did receive a response?

Some claim we already have. Two mysterious crop circles popped up on August 21, 2001 near the Chilbolton Observatory in Hampshire, UK. One resembled a human face, but the other has since been dubbed the “Arecibo answer,” as it contains a format nearly identical to the original 1974 transmission, albeit with a few changes.

The response, when decoded, left us with several differences: silicon in the elements of DNA, a different DNA double helix shape, the figure of what we would consider an alien (probably of the grey variety), different height and population values, and a scribbly representation of the “alien” means of transmission.

Most interestingly, however, is another message encoded within a crop circle (known as the Crabwood formation) that appeared in 2002, also in Hampshire, UK. Keep in mind that I don’t personally buy into crop circles, but I do find these messages nonetheless intriguing.

This particular crop circle contains the image of an extraterrestrial (or what popular culture envisions them to be), along with a circle, or disc, containing yet another binary message.

“Beware the bearers of FALSE gifts & their BROKEN PROMISES.

Much PAIN but still time.

There is GOOD out there.

Much has been made of this message. A warning? A portent of things to come? Also note the odd capitalization. Is there a message within the message?

Naturally, none of this seems plausible, and I don’t personally buy into crop circles. I do, however, find these messages intriguing. If extraterrestrial intelligence had the capability to not only respond to our message, but to do so by actually visiting Earth and landing a craft in a field, you’d assume they’d just go ahead and reveal themselves. A crop circle — I’m not so sure that’s the most practical means of communication.

But that’s just how it goes. 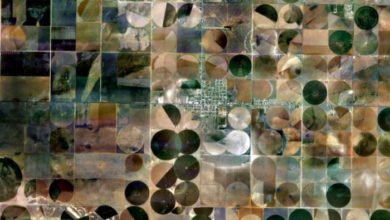 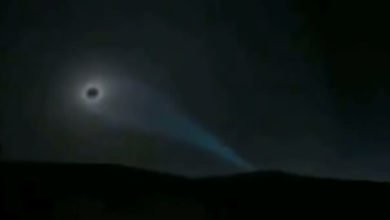 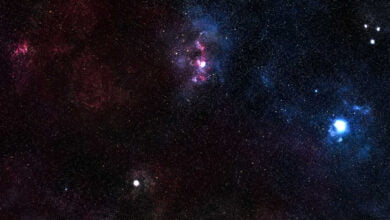 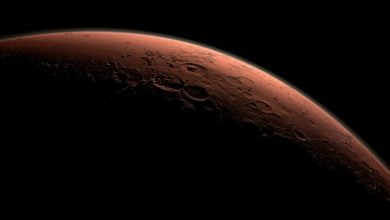 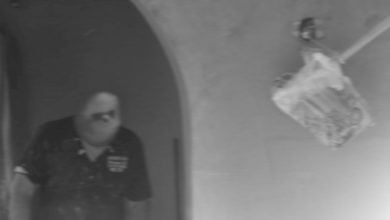 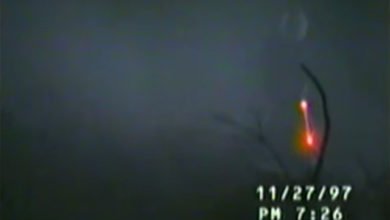