Sure, the world of Minecraft can be a pretty dark place. Old, abandoned fortresses, strange urban legends, maybe even a Slender Man or two. But the best thing about Minecraft is that it’s effectively a virtual box of LEGOs.

You can build whatever you want. Sprawling castles, underground railways, working computers. And, yeah, you and Steve can even perform your own virtual Minecraft science experiments.

Here are my top five Minecraft science experiments, in no particular order. Disclaimer, though: these may or may not involve actual science. You have been warned.

Okay, so I’m not sure what hypothesis was being put to the test in this one. But YouTube user John Fredrik Rian ordered some science from the science place, and then some really intense stuff happened. And sheep. For science!

What’s the explosive velocity of a TNT block, and how far will it fall? Does water slow the rate at which an object will fall? How about lava? This video answers these questions and more, thanks to Steve_OH’s quest to uncover the scientific secrets of Minecraft’s universe.

What do we really know about the elusive Enderman? These tall, black creatures with purple eyes and long, slender limbs stalk the darker areas of Minecraft, picking up blocks and wandering in a kind of lifeless daze. But one look and they can become a terrible threat.

This special Halloween video takes a look at the mysterious Ender Pearl, and provides an analysis of Enderman test subject TS-14. What secrets do these creatures hold?

“The chickens disappeared in an explosion. this leads me to conclude that annihilation occurred, therefore one of the chickens is infact an antichicken.” – imranhamid99

And at the top spot, the pinnacle, it’s the one, the only: the double-slit experiment. With chickens. Witness the wave-particule duality of flying chickens as they’re propelled through two cobblestone slits. It’s all very sophisticated.

“Here at the Spoon Monkey Institute we are dedicated to pushing the boundaries of Minecraft science.”

So there you go. Minecraft, science, the perfect mix. And if you know of any other cool Minecraft “experiments,” let me know. I wonder what makes an Enderman’s eyes glow purple… 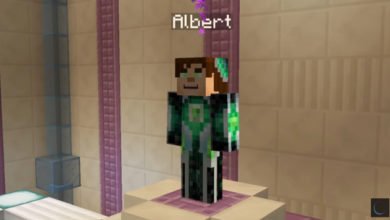 A long, long time ago, I remember messing around with a few chatbots I'd randomly downloaded from the Internet. One was named Billy. The other was something like Daisy or… 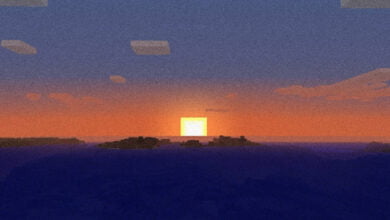 Herobrine: The Phantom Doppelganger Of Minecraft

Let me tell you a story about Herobrine. If you’ve never played Minecraft, it’s a game of relatively endless possibilities. What began as nothing more than virtual LEGOs has evolved…

There's something altogether Lovecraftian about Minecraft. It's not the story -- Minecraft doesn't have a story, per se. It's the world. A limitless expanse, filled with strange creatures hidden in…

Tags:HerobrineMinecraft
Latest
Check It Out
Close