NASA’s Curiosity rover has once again captured what some are claiming to be proof that alien lifeforms exist on Mars.

Images, shared at various paranormal outlets and, of course, on YouTube, show us what would appear to be an alien skull in an official NASA photograph of the Martian surface. The more adventurous anomaly hunters among us suggest, however, that the skull may in fact have belonged to an ill-fated Sasquatch.

Now what, you may be asking, would Bigfoot be doing on Mars?

Well, believe it or not, there’s always been speculation that Bigfoot, or Sasquatch, may actually be an alien entity, or even an inter-dimensional traveler. The Mount Shasta sightings, as well, paint Bigfoot as a very strange creature, indeed.

But that doesn’t mean what we’re looking at here is the skull of an alien or Sasquatch. In fact, when I enhance the image using my patented Stranger Dimensions Image Enhancement Technique (I zoom in a little bit and mess with the contrast, don’t tell anyone), an even more bizarre possibility reveals itself.

This is no skull. It’s another one of those darn Mars Gophers.

Well, it’s not alone. Mars is already known as the home of squirrels, lizards, and even alleged dinosaur fossils. There’s apparently a lot going on up there, and I’m beginning to feel a little left out. 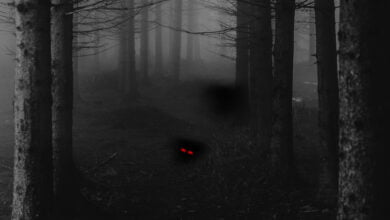 Adding to the unending plight of U.S. Bigfoot statues, news out of Benson, Utah tells the sordid tale of a makeshift Sasquatch that recently wound up without a head.Read More…