On September 16, 2013, Art Bell will return with a new show called Dark Matter on SiriusXM Radio.

Excited? I am. But I also wonder: Will Dark Matter capture what we all liked about Art Bell’s Coast to Coast AM? Or will it be a different beast entirely? Well, we won’t know until we get there, but for now I thought it’d be cool to share a few things I’d personally like to see when Dark Matter arrives later this month.

We probably won’t be hearing Giorgio Moroder’s Chase on Dark Matter, but that’s okay. It’s easy to forget that, before Coast and Chase, there was Dreamland and Ray Lynch’s The Oh Of Pleasure. Both set the tone for the programs that followed, leading audiences on strange nighttime journeys into weird stories and paranormal discussion.

What will the new opening be? Maybe another Ray Lynch theme. Drifted in a Deeper Land? Celestial Soda Pop? Well, maybe not. Perhaps it’ll be something we’ve never heard before.

As for bumper music, I expect to hear some of the classics. ArtBell.com has been featuring some of the old tunes, like Dancing Queen and Self Control and One Velvet Morning. I’m sure we’ll hear new bumper music, as well…I guess it’ll just depend on whether or not Art Bell wants to capture the old “magic,” or take things in an entirely new direction.

If there’s one thing that separated the Coast to Coast AM of old to modern Coast, it was the unscreened callers. Some of the show’s best moments were the unexpected, random encounters with strangers in the middle of the night. The Area 51 Caller. JC. The kind of stuff that pre-scheduled interviews just couldn’t provide.

And, honestly, let’s face it: George Noory just isn’t a compelling interviewer, and doesn’t handle open lines very well. Art Bell could keep a person going. He asked good questions, and even if he wasn’t buying what the person was selling, he could at least make it entertaining. That’s the real key.

Truth is, hearing the same voices shilling the same books over and over again, telling the same stories we’ve all heard countless times before, gets boring. Stay away from the old stories everyone already knows, unless there’s something new to talk about. Bigfoot? Area 51? Crop Circles? Numerology? That’s cool, but let’s try to mix things up a bit, huh?

I’m not one of those people who has a huge problem with advertising, but I’ll admit that listening to fifteen minutes of buy gold! and prostate meds and post-apocalyptic foodstuffs can get pretty annoying. With Dark Matter broadcasting on satellite, hopefully (maybe?) this means fewer and perhaps higher-quality ads. Not a huge deal, but we’ll see.

This one’s a bit personal, and I’m going to be honest — I don’t take the paranormal too seriously. No, it’s true. I’m more entertained by the stories, and I like to have fun with the idea of ghosts and time travel and parallel universes. (And even though I’m just having some fun, I’ve still been called a conspiracy theorist, etc. on Facebook…yeah, that’s a silly place.)

I wouldn’t mind seeing a few shows where “serious” paranormal discussion is tossed to the side and they have a bit of fun, like with Open Time Lines or something. Special open lines on topics like “I’m possessed by a demon” or “I went camping with Bigfoot.” I know some people don’t like that kind of stuff, but…

Oh, and try not to make it all too political or religious. That’s always messy. I feel like modern Coast has slipped in that direction over the years, and while it’s okay to talk about current events and politics to a point, I’ve just never found that too compelling.

Anyway, those are my hopes for Art Bell’s Dark Matter. Just my opinions. What do you hope to see? 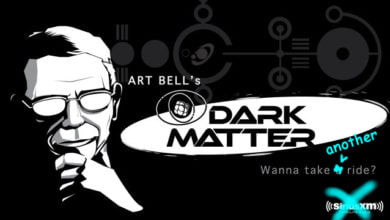 Let's go back to September 2013. Art Bell starts a new show on SiriusXM called Dark Matter. It's okay. It's cool. But six weeks later, right after the Halloween "Spooky… 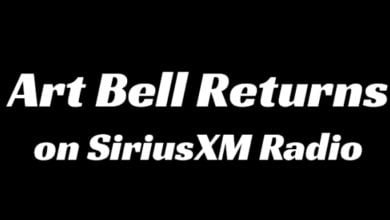 I didn't say anything when I heard about Art Bell's potential return earlier this month. I mean, we've seen rumors like that before, and even with the cryptic  WANNATAKEARIDE? in… 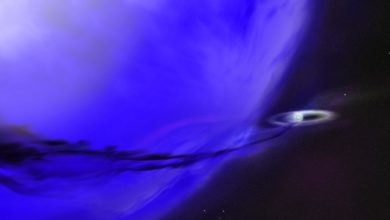 From the high desert and the great American Southwest...something is coming. Tonight will finally, after many years of rumors and rumblings, see the return of Art Bell with his new…