November 14 – Actor Nicolas Cage shared his thoughts on Bigfoot during an interview with the Huffington Post. “As much as I love the idea, I’m of the mind that he doesn’t exist,” he said.

November 6 – A giant Bigfoot statue has reportedly been stolen in Boynton Beach, Florida. The statue is a towering eight-feet-tall, weighs about 300 pounds, and had been standing out in front of Mattress Monsterz. Boynton Beach police are looking for answers.

September 11 – While likely not related to Bigfoot (though who knows?), residents of Santa Fe, Texas reported several incidents involving a large unidentified primate running amok through their town in September.

August 26 – Anonymous flyers in Bradford, Vermont are apparently reassuring residents that a recent bridge closing has nothing to do with Bigfoot. “We would like to put to rest any and all rumors regarding The Creamery Bridge,” it reads, “The prolonged closure of the bridge is due primarily to deck replacement and NOT because of displacement of or intrusion on a ‘Sasquatch’ or Bigfoot, either a single creature or several. This is absolutely untrue and frankly, quite ludicrous.” Many such flyers have been discovered throughout the town.

August 24 – Bigfoot is missing in Avery County, North Carolina. The local Sheriff’s Office posted a notice (“Searching for Sasquatch!!”) on their official Facebook page, asking for the public’s help in regards to a stolen Bigfoot statue. The statue, which stood approx. six feet tall and weighed 180 pounds, was stolen from Mountaineer Landscaping in Linville under the darkness of night. Images of the statue can be seen on their page.

August 19 – A man in New Hampshire believes Bigfoot might be the culprit in recent break-ins. Officials say bears are at fault, however Caleb White recently suggested in a letter to the paper that Sasquatch is the one they’re looking for.

August 1 – Two campers in Kentucky got a late-night surprise at Mammoth Cave on July 28, 2019. According to the Independent, a man approached them around 11:00 p.m., waking them up by shining a flashlight into their tent. The man claimed his own camp had been “destroyed by someone or something,” then left. About 10 minutes later, the two heard shots ring out in the darkness, along with shouts of “I see it!” The Bigfoot connection in this case is spurious, but the unidentified man was clearly rattled by some kind of creature that night.

Not every sighting we’ll see in 2019 will be current. Many reports and videos take time to reach the Internet, and old encounters we may have never heard before are constantly being shared. Below you’ll find some of those Bigfoot sightings from previous years that we may not have seen before.

Bigfoot Chases After Car in Russia

A Bigfoot video from 2016 made a big splash this year, after the footage surfaced online. In it, an alleged Bigfoot (or some other bipedal creature) can be seeing chasing a car. The incident happened in Bashkortostan, Russia.

Reportedly, three women and one man were in the car at the time, and the creature was attempting to approach them.

Bigfoot Tony provided an analysis of the footage in May. However, the most curious aspect of this sighting is the official Russian response and media coverage. Igor Burstev of the Moscow Office of the International Center for Homology gave some interesting statements on the nature of the possible cryptid to GTRK TV:

“When we went to the forest, we saw broken branches. Yesterday we were there. And completely fresh creases. In local terms – this is shurale, and in Russian – it is called a goblin, and in a scientific way – a hominoid. Well, before, the yetis, the Bigfoot, were very actively called, but these are all the names of the same creature.”

Burstev believes the creature may have been a female Bigfoot.

YouTube channel Lawlonehunnit shared a video on August 26 of what they claim is perhaps the “most convincing” Bigfoot sighting yet. In the video, a couple is driving near a forested area, when they spot a tall, dark figure lurking in the trees just off the side of the road.

From what they say, it would seem they’d returned to the area in an attempt to film something they’d witnessed earlier.

According to some of the video’s comments, this footage is actually quite old, and the sighting occurred at Mount Timpanogos. I’m including it here, as I’d never personally seen it before.

Family Of Yowies and a Strange Entity Reported in Queensland, Australia

An Australian woman claims that, after moving into a new cottage in Tarzali, Queensland, she witnessed a number of Yowies that terrified her family right back out of it. Stranger still, she says she also saw an unusual, and possibly paranormal, entity accompanying them.

While the report is new, submitted to the Australian Yowie Research organization this year by Jackie Liversidge, the event ocurred back in 2016.

According to her report, she first encountered trouble when something began throwing rocks at the cottage roof. Then, on a following night, her son heard what he described as a “demonic…growl” outdoors. For some time after, the family encountered more growling, sounds of heavy movements outside the cottage, and often felt the sensation of being observed by unseen eyes.

The events culminated one evening at about 9:00 p.m., when Liversidge claims she saw a hairy creature up in a tree. Its eyes glowed white, and were soon joined by “two other sets of glowing eyes.” She was eye-to-eye with what she believes may have been an entire family of Yowies.

Eventually, Liversidge and her family moved out of the cottage, escaping the nightly terrors surrounding the alleged Yowies.

Her story was later featured in other media, including the Daily Mail. Liversidge elaborated on her experience, mentioning “another creature” that appeared alongside the Yowies. She described it as “a strange-looking pale white guy, like the one all over the Internet.” It had sunken and hollow cheek bones and terrible eyes, she said, perhaps similar to the creature in this footage of an alleged demon “caught on tape.”

The FBI shared a number of documents pertaining to Bigfoot this year, after a FOIA request by paranormal researcher John Greenewold.

The documents highlight a 1976 request by Bigfoot researcher Peter Byrne to analyze a number of potential hair samples, as well as skin tissue, of the mysterious cryptid. While the FBI doesn’t normally handle this kind of paranormal research (as far as we know, cue the X-Files theme), they made an exception for this case in the interest of science. From the response sent to Byrne on September 10, 1976:

“Occasionally, on a case-by-case basis, in the interest of research and scientific inquiry, we make exceptions to this general policy. With this understanding, we will examine the hairs and tissue mentioned in your letter.”

Unfortunately, they didn’t turn up anything extraordinary. What they found after analysis was that the samples belonged to animals likely “of deer family origin.”

The documents can be viewed at the FBI vault. 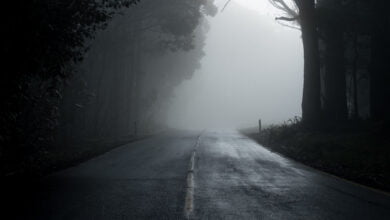 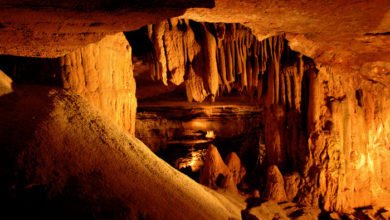 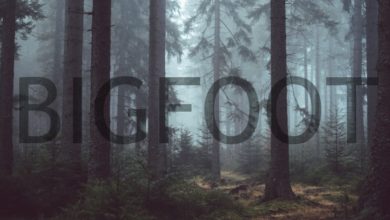 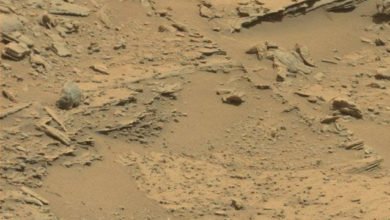 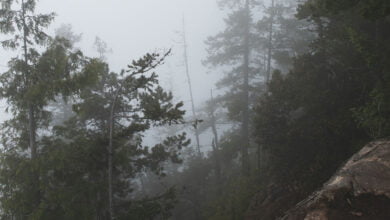 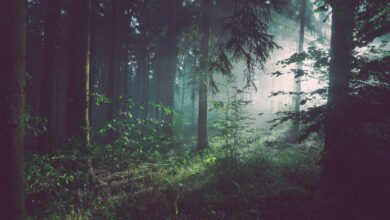