The Witching Hour is commonly believed to be the time between 3:00 a.m. and 4:00 a.m., when paranormal entities, especially demons, are said to be most active.

Some believe an individual’s latent psychic abilities may also become more pronounced during this time.

Here are some other odd things said to happen during the Witching Hour:

According to Dictionary.com, the first use of the phrase “Witching Hour” occurred in 1825-35.

The Witching Hour and Christianity

In Christianity, the time of 3:00 a.m. may be of particular interest to demons, as Jesus Christ is believed to have been crucified in the afternoon, the event ending at about 3:00 p.m. This inversion of afternoon to morning (3:00 p.m. to 3:00 a.m.) is seen as a demonic mockery of Christ and the Holy Trinity.

In a similar fashion, the Witching Hour of 3:00 a.m. may be related to other appearances of the number three in paranormal folklore. For example, in the case of spectral scratches (or physical attacks by supernatural entities), it’s said that demonic spirits commonly make three claw or scratch marks upon the victim’s skin, again as a mockery of Christ.

Other beliefs state that the Witching Hour actually begins at Midnight, and that 3:00 a.m. is the beginning of the Devil’s Hour, making it a distinct time.

A Matter Of Time Zones

Skeptics of the existence of the Witching Hour often point out the seeming absurdity that otherworldly spirits would rely on the man-made concept of time and all that it entails. Do they, for example, abide by time zones, or even Daylight Savings Time?

The counterpoint is that it’s never the time itself — or the object, or the vessel — but rather its meaning and symbolism. In the same way a Ouija board is only a tool that can be made of anything, so too is the Witching Hour just a time on a clock. We, however, are the ones who give it power and meaning. 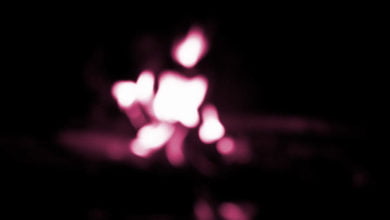 The Strange Case of the Man Possessed By a Djinn

There are many types of djinn (also known as Jinn), the creatures born from smokeless fire in Islamic mythology. You have the most powerful of djinn, the Marid, who may…

Lunar Energies Out of Balance After Witches Cast Spell On Moon

Here we are now, under the full moon of August, known as the Full Sturgeon Moon according to our handy Old Farmer's Almanac. But I wouldn't blame you if you…