This year’s been pretty spooky in general, but it’s October now, so I guess that means we should talk about the ghost dog over in Arizona.

That’s right — A woman in Arizona recently shared a screencap from her home security camera, containing what she believes may be a spiritual manifestation of her deceased dog. The picture can be seen over at Reddit, but the story also popped up in the Daily Express.

The dog, named Rocky, passed away at the age of 9 on August 31, 2021. But perhaps his spirit lingers. The security camera seemingly showed the dog’s owners returning home from dinner one night, only they weren’t alone. The wispy figure of their four-legged friend — or at least something that looked like him — appeared to be standing with them.

“I think,” the woman wrote, “this is evidence that he’s still by my side.” The night of the alleged appearance, she didn’t see or feel anything unusual. However, after reviewing the security footage, she spied the blurry figure.

Did A Ghost Play Fetch With A Dog?

We hear about ghost dog and cat sightings all the time, but how about a dog having a run-in with a ghost, instead?

A short video, uploaded last month, purports to capture the “spooky moment” when an unseen force pushed a rolling ball, confounding the dog chasing after it. The incident happened at the Salthouse Pet Boarding and Freedom Parks in Staffordshire, England.

The owner of the play area, Rachael Henshall, says she’s never encountered paranormal activity, herself, but in the past others have reported strange figures there. A customer, in fact, was the one who originally sent her the strange video, which she later shared on Facebook.

As you can see, whoever’s playing with the dog tossed the ball, only for it to suddenly veer off in an unexpected direction. Perhaps it had some spin on it. The Daily Star, however, suggests poltergeist activity may be to blame. Others believe the ball’s motion could’ve been caused by a leaf blower or a fan.

But hear me out — maybe it was a ghost with a leaf blower!

Of course, not every ghost story involves real ghosts. In India, for example, a fake ghost video went viral and led to the arrest of three people, after police decided to do some “ghost hunting” of their own.

Apparently, the hoax video was good enough that it sent townspeople into a wild panic, and authorities had to drive around blaring their loudspeakers, informing everyone that the ghosts weren’t real. They did, however, say they suspected one of the hoaxers of being a practitioner of black magic who was intentionally driving up hysteria for his own malicious purposes.

Meanwhile, over in Britain, they’re having issues with paranormal investigators leaving behind equipment and forgetting to pick up their trash. One team accidentally left a device — a wooden box reading “Paranormal Technology,” no less — at the 18th-century True’s Yard Fisherfolk Museum in King’s Lynn, England.

The museum posted a picture of the box on Twitter, asking the ghost hunters to pick it up and perhaps not leave “untested electronics” at their building in the future. A local news report also revealed that it was, in fact, a “motion active music box.”

So we found this box in our fisherfolk cottages on #HeritageOpenDay. Leaving untested electronics in a Grade 2 Listed building is irresponsible. It could have caused a fire. If you would like to come collect your box we are open 10am-4pm & we will not take further action. pic.twitter.com/vg8it6axTk

Some time later, one of the paranormal investigators (who chose to remain anonymous) returned to the museum and collected the box.

Perhaps that’s not as bad as this: Pluckly, England (considered the country’s “most haunted village,” according to Kent Online), has found itself the center of what you might call a paranormal investigator infestation.

The area is known to be haunted by at least 12 spirits, and that means people from all over often descend upon nearby Dering Wood — especially around Halloween. And to the local’s chagrin, they also bring with them tents, equipment, fire, and a whole lot of litter.

In response, local authorities closed the nearby car park back in July, in an attempt to deter those who might venture into the woods hoping to spot a phantom.

A few other ghostly bits:

The Halloween season is only just beginning, so we’ll no doubt see plenty of new ghost reports throughout the month. But if you’re looking for more ghost stories right here, right now, go ahead and check out the Ghost archives.

It may be the happiest place on Earth, but Disneyland isn't immune to the occasional ghost sighting. Over the years, several videos and other accounts have popped up, leaving us… 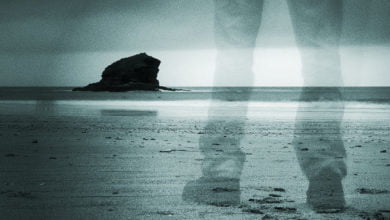 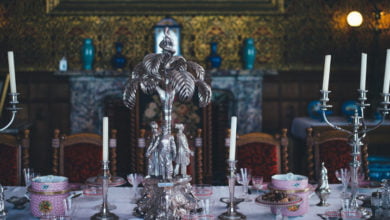 Vanishing objects. They're one of the many portents of a haunted house, and perhaps the most befuddling. Where did the objects go? How were they taken? What use does a…