A team of scientists at Northwestern University in Illinois have designed the world’s smallest flying structure in the form of a microchip, measuring nearly the size of a single grain of sand.

The microchip’s design was inspired by wind-dispersed seeds, like those found on Maple trees — the ones that glide with the wind and spin down like little helicopters right into your morning coffee.

Sometimes called helicopter or propeller seeds, like sand they’re excessively annoying to clean up and get everywhere. But as it turns out, those falling seeds make for great inspiration when it comes to creating what the researchers have dubbed ‘microfliers.’

From the study’s abstract (published in Nature):

“Large, distributed collections of miniaturized, wireless electronic devices may form the basis of future systems for environmental monitoring, population surveillance, disease management and other applications that demand coverage over expansive spatial scales. Aerial schemes to distribute the components for such networks are required, and—inspired by wind-dispersed seeds — we examined passive structures designed for controlled, unpowered flight across natural environments or city settings.”

Well, you know, why not?

Despite being so small, the microfliers can be outfitted with various technologies, such as ultra-miniaturized sensors, antennae, and “wireless communication capabilities.” They can even include power sources that “harvest ambient energy.” And by taking inspiration from falling propeller seeds, the researchers have created a device that can disperse and fall slowly “in a controlled manner” over a broad area.

According to device development lead John A. Rogers, he and his team believe they have bested nature in terms of creating something much tinier than their equivalent seeds that can fall even slower and with better stability. “That’s important,” he says, “because device miniaturization represents the dominating development trajectory in the electronics industry, where sensors, radios, batteries and other components can be constructed in ever smaller dimensions.”

But what happens after they disperse all over everything? Simple, says Rogers: They’ve created “transient electronics” using “degradable polymers, compostable conductors and dissolvable integrated circuit chips” that dissolve in water, so over time they would simply disappear. 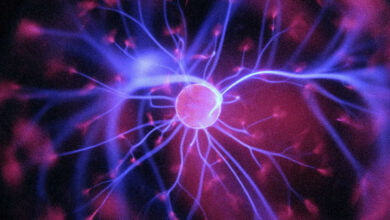 Researchers at the California Institute of Technology recently demonstrated the ability to levitate tiny nano-patterned objects using only light. "We levitated centimeter-scale disks made of commercial 0.5-micron-thick mylar film coated… 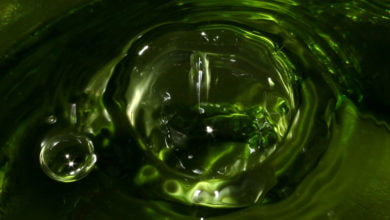 Ends of the World: The Green Goo

The Grey Goo may be hypothetically dangerous, a potential warning for those who think unrestricted, self-replicating nanobots are, you know, a good idea. But there’s something else out there. Something…