The sighting occurred on July 30, 2021 at about 2:00 a.m., and appeared in the database on August 11. According to the report, pilots of two separate flights — a Canadian Department of National Defense flight from Ontario to Germany, and a KLM Royal Dutch Airlines flight from Boston to the Netherlands — witnessed an unidentified object mysteriously vanish into the clouds.

“…[the pilots] reported seeing a bright green flying object. It flew into a cloud, then disappeared. No impact to operations.”

The report includes ‘Occurrence Event Information,’ in which it states the potential identity of the object: “Weather balloon, meteor, rocket, CIRVIS/UFO.” 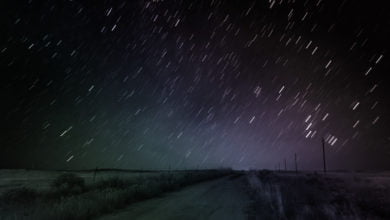 On November 28, 1980, police constable Alan Godfrey experienced what he claims was an alien abduction involving missing time. It was an incident that became even more unusual several months…

On the evening of October 4, 1967, the Royal Canadian Mounted Police received several phone calls regarding a possible airplane crash in the small fishing community of Shag Harbour in…

Here's a bit of UFO footage that has something for everyone: alleged alien crafts, HD night vision, even a laser pointer.