In an intriguing article over at Psychology Today, author Caroline Leavitt recounts her experience with extremely vivid dreams during a medically induced coma — dreams that have continued on to this day.

She says that when she first woke up from her coma, she felt like she had been wrested from another world back into this one. And ever since, she’s had strange and vivid dreams of living in what she calls an “imaginary town,” a town filled with shops and people every bit as real as the ones she interacts with here. She even knows the street names in that imaginary world.

Her dreams of this place feel so real that she even spoke to a quantum physicist about the possibility of parallel universes and alternate realities. Are dreams gateways to other worlds, just as real as our own? Now that’s a question.

Commenters to her story have raised the possibility of astral projection, as well as the idea that our souls actually exist “with multiple lives,” and that one of those alternate lives may have surfaced during Leavitt’s coma.

It’s not unheard of for people to vividly dream while in a coma, but Leavitt’s case of recurring dreams of a singular town, and over a period of many years, seems an extraordinary one.

Others have shared their own experiences with coma dreams online. A Reddit thread back in 2014 asked users if they’d experienced any. One claimed that, while dreaming, they simply continued life as normal. Mostly.

“In my dreams I was going about my daily business of college classes and coffee houses, the twist would be that I was introducing myself as having been in a bad car accident but I was ok and in a hospital…”

Another thread from 2018 contained similar anecdotes, with one person recalling “vivid and terrifying nightmares that incorporated the world around me.”

Have we all lived before? That's a question one mother might be asking after her 4-year-old daughter recalled her last moments at the World Trade Center on 9/11. 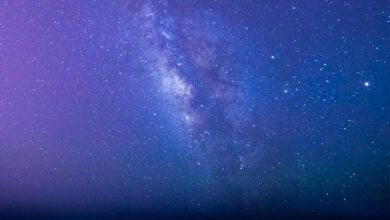