According to the Times of India, the object was spotted somewhere between Multan and Sahiwal in Pakistan at around 4:30 p.m. local time.

While the object in the video appears quite blurry, comments made afterwards by the pilot, Captain Faisal Qureshi, seem to describe a strange craft. As the Times reports, he said it appeared like a “brilliant light” encased in a metal ring. The object also didn’t seem to move very much. Qureshi was the first to spot it.

In the video, the crew can be heard speculating about the object’s nature. One of them comments that it might be a balloon. “This is not a balloon,” another responds, presumably the Captain, “This is not an aircraft.”

The video we see here was shared by UFO Sightings Daily, sourced from a MUFON report. The report mentions that the plane was flying at 35,000 feet. Scott C. Waring suggests the object matches the description of a foo fighter, a name given to strange UFOs and other unexplained aerial phenomena back in World War II.

The Fall Of Ufology

Let's talk about UFOs. The first "modern" UFO sighting occurred on June 24, 1947, while pilot Kenneth Arnold was flying near Mount Rainier in Washington. He reported a group of… 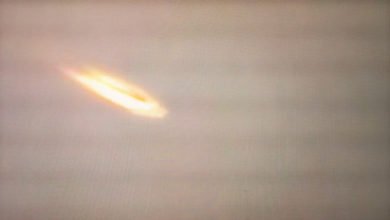 Here's a video of what appears to be a fireball reportedly witnessed over Brazil and Argentina earlier this month. However, the curious thing about this one is the music choice for the… 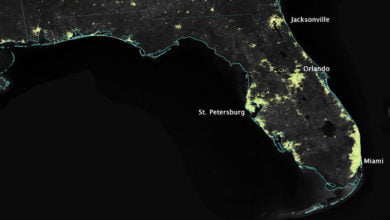 Residents Across Florida Report Multiple UFO Sightings In One Evening

NUFORC – the National UFO Reporting Center – have received not one, not five, but 10 UFO sighting reports from throughout Florida during the evening of April 25, 2017. Two more…