Hey, there’s this weird band I want to tell you about.

Kind of a garage surf sort of thing. The lead singer has a giant horn for a head. The drummer uses a busted-up pie plate as a snare. The keyboardist? Five fingers, and nothing else.

They’re The Trons, a robotic garage band from Hamilton, New Zealand that rose to stardom back in 2008.

One thing led to another, and eventually Locke found himself with a complete band of robots, each one cobbled together from various scrap parts and other equipment.

The Trons (also called Hamiltron, after their hometown) are comprised of four very distinct bots: Ham on vocals and rhythm guitar; Wiggy on lead; Swamp on the drums; and Fifi, rocking it out on keyboard. Together, they specialize in surf music, what I’m now going to call RoboSurf.

They hit it big pretty quick, with a YouTube video uploaded on June 11, 2008 that garnered nearly 1.5 million views. When adjusted for YouTube inflation, that equates to a pretty major sum by 2008 standards.

Back at the height of their popularity, David Farrier of Campbell Live highlighted The Trons and interviewed Locke. The band took about half a year to put together, he said, and the individual robots ended up having their own personalities. “People seem to relate to them as being people,” he told Farrier, to the point that some fans kept asking if Swamp, the pie plate robo drummer, might be “available for dating.”

Now, you might think it’s a bit of a bummer that The Trons are a surf band that can’t surf. I don’t imagine robots fare well in the ocean, myself. Too salty. But they do okay. In 2011, they released their first studio album, available on Bandcamp.

Each song was recorded live in one take, and without any “studio jiggery pokery,” says the description.

“The band began gigging in 2008, roaming up and down their home country of New Zealand, and they’ve now toured twice to Europe, playing festivals in Prague, galleries in Vienna, and dingy alley hangouts in Berlin.”

Well, at least when the Robot Apocalypse finally kicks off, we can look forward to some groovy robo tunes along the way. 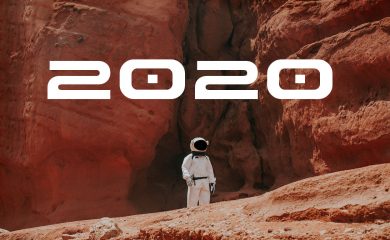 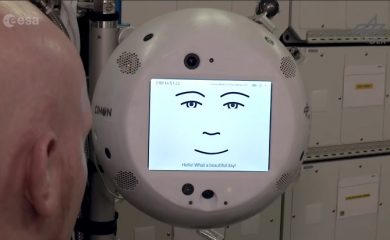