“Glitches in the system,” said Dr. Curry Guinn, who chairs the Department of Computer Science at the University of North Carolina. “Deja Vu, such as in the Matrix movie when a character sees a cat crossing a doorway repeatedly, may be one glitch. Ghosts, ESP, coincidences may be others.”

A strange quote for a strange topic.

Guinn was speaking at this year’s Cucalorus Connect conference about the potential for our universe to actually be a computer simulation, within which we are all unknowing inhabitants. According to himself and fellow Professor Julian Keith of the University of North Carolina, there may in fact be clues that we live in such a Matrix, clues that manifest in the form of paranormal activity and supernatural abilities.

“The laws of physics in our universe seem peculiarly designed with a set of constants that make carbon-based life possible,” Curry said, adding, “Where are the edges?”

While Curry didn’t dwell on the comment regarding ghosts and extrasensory perception, I do find it interesting that these topics are being raised by university scientists.

In paranormal circles, the idea that ghosts may be glitches in the Matrix isn’t particularly new. It’s not unlike the idea that they may be projections from parallel universes, which I suppose could be considered a glitch, as well.

Perhaps the universe being a simulation (or like one) isn’t so strange, though. If you think about it, that may just be its nature. Perhaps the universe (or multiverse) simply works like a computer, with glitches and bugs in the ‘code’, a sort of natural computer program.

All these questions do, really, is highlight how much we’ve yet to discover. 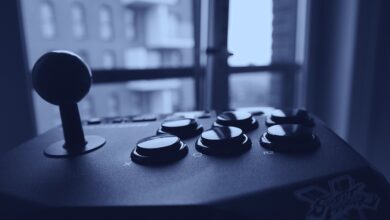 What's the very first video game you remember playing? For me, I have vague memories of Pitfall! on the Atari 2600, but the one I remember most vividly was the… 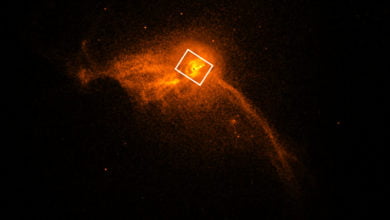 Last week, NASA unveiled the first ever image of a black hole. It looks like an orange donut, a mysterious eye in the dark vacuum of space. [caption id="attachment_26686" align="aligncenter"…

There's a mysterious object in space located 1,480 light years from Earth, and scientists have no idea what it is. The anomaly – described as a “really weird” and "bizarre" mass…