Earlier this month, Long Island YouTuber Joey Nolan shared footage of what he claimed might’ve been a strange and supernatural “visitor” walking through his kitchen. The short video garnered nearly one million views.

Originally captured on August 8, 2019 at 12:54 a.m. by a home security camera, the footage begins plainly enough. But after only a few seconds, something ethereal appears to move through the doorway to the right.

“Some claim it’s a little boy and their pet,” Nolan wrote in the video’s description.

According to LADBible, this alleged apparition was not the first sign of paranormal activity in their home. Before capturing the footage, Nolan and his wife experienced a shared dream about buying a puppy for their daughter.

They also encountered instances of seeing or hearing things they couldn’t explain, he said.

At 0:03 in the video, you can see a “humanoid” figure quickly turning the corner at the doorway (and then, something else, but we’ll get to that).

The cat, being a cat, seems completely uninterested in the situation.

A few YouTube commenters tossed out some interesting suggestions. One user recommended attempting to record an EVP. Another wondered if this was actually be a future incarnation of Joey “wandering in a tesseract” trying to tell his past self about future events. Still another feared this all may be a sign of demonic activity.

Nolan says he and his wife are fine with the idea of sharing their house with a wayward spirit, so long as things remain peaceful.

However, their problem may have less to do with ghosts, and more to do with arachnids. If you watch closely beginning at 0:19, you can see what looks like a very blurry spider move slightly, stop, then continue off camera. What we have here may, indeed, be a cobweb.

That said, plenty of people would probably prefer a ghost! 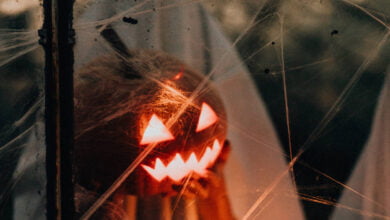 How Do Ghosts Feel About Encountering Zak Bagans?

I'll level with you -- I've spent most of my free time this month watching old episodes of Halloween Wars on the Food Network. In a world that seems to… 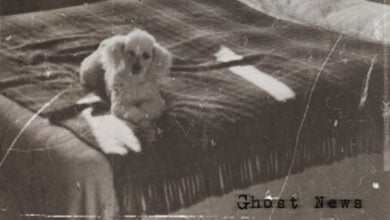 This year's been pretty spooky in general, but it's October now, so I guess that means we should talk about the ghost dog over in Arizona. 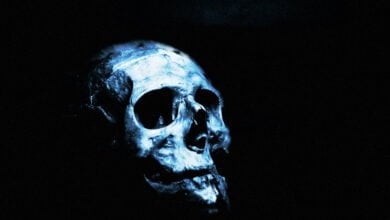