Not every month is a great one for Bigfoot sightings, but from here on out, I’m going to try to find at least something of note each month to share about everyone’s favorite bipedal humanoid. What can I say — real or not, I find the videos interesting.

So here are a handful of alleged Bigfoot sightings and other weirdness, this time from around May 2017. Do they prove the existence of Bigfoot? That’s for you to decide.

Bigfoot screams (otherwise known as Something You Don’t Want To Hear Alone In The Middle Of The Night) are an interesting topic all on their own. Here we have a YouTube channel called Sasquatch Evidence and their video of what could be, as they say, a possible sasquatch scream.

Most of the video just shows off a leisurely hike through a forested area, but just wait until 1:52. Something yells in the distance.

A Humanoid Creature in California Woods

Nv Tv shared this peculiar footage, taken in the hills of Humboldt County, California during a night investigation in April (not quite May, but close enough). They suggest it’s either a Bigfoot or perhaps a Dog Man, a cryptid similar in appearance to a werewolf.

That said, whatever it is doesn’t seem to move much at all. The footage was taken with a FLIR cam, or forward looking infrared camera.

In this video, Utah Sasquatch investigates a potential Bigfoot structure – which he believes may be constructed deliberately to “maintain near invisibility” by blending into the rest of the forest.

The structure in the video is comprised of many vertical sticks that appear to be set up in a cone shape. There’s also mention of an “eleven-foot white Bigfoot” often spotted crossing roads in the area.

Was the Patterson Bigfoot Carrying A Baby Bigfoot?

Finally, we have this video, titled Patterson Bigfoot’s Baby (?). It takes yet another look at the famous Patterson-Gimlin Bigfoot footage – a short clip of an alleged humanoid creature just strolling into the woods.

The video’s creator, Bigfoot Tony, posits that the figure seen in the video may actually be carrying a “baby” Bigfoot on its back.

That’s all I have for now. If you’re interested, here’s another curious story about a Michigan state trooper who claims to speak regularly with Bigfoot-like creatures. 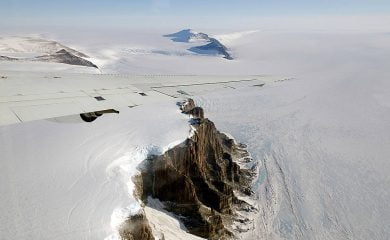 Is The Mysterious Illness In Le Roy Driven By Social Networking?
Comments