Google Maps continues to be a great source of bizarre, and often humorous anomalies. Most of which turn out to be far different than you’d first imagine.

For yet another example, earlier this year UFO Sightings Daily shared Google Maps coordinates leading to what appeared to be a flying saucer hidden among trees in Romania. This object, it turned out, had been the focus of much debate for years. Was it really a saucer? Why, then, would it be parked in that spot for such a long time?

It appeared like any classic UFO would – circular, silver, and with a rounded top. But as we all know, looks can be deceiving.

As The Mirror reported back in March, this flying saucer turned out to actually be a water tower. The truth is out there. 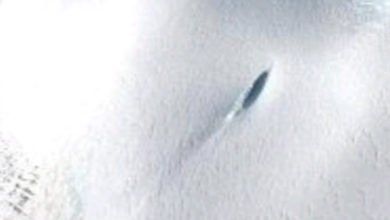 Google Maps Anomalies: Did a UFO Crash in Antarctica?

A Russian UFO researcher, Valentin Degterev, has found what he believes to be evidence of a wrecked extraterrestrial craft in Antarctica. How'd he find it? While browsing satellite images on… 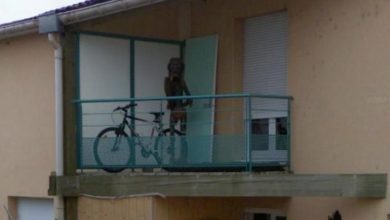 A couple years ago, someone noticed something odd on Google Street View near some apartments in Nancy, France. A tall, corpse-like humanoid with scraggly hair and large, white eyes.

Google Maps Anomalies: A Colorful “UFO” Amongst The Clouds

I don’t post about UFOs much anymore, mostly because I don’t find them all that interesting. But weird stuff on Google Maps? I’m all over that (for some reason). This…