The Scary Stories to Tell in the Dark documentary has been two years in the making, but it’s not finished yet.

The film’s latest trailer promises an in-depth look at the classic 3-book anthology of folklore and urban legends, written by author Alvin Schwartz and illustrated by Stephen Gammell.

Producer Cody Meirick hopes to finish the documentary by the end of 2016, and recently launched a new Indiegogo campaign to raise the last bit of necessary funding. This, according to the project’s official page, includes licensing archive footage, as well as filming in new locations. 22 days remain if you’re interested in chipping in.

Anyway, I’m not lying when I say that, as a kid, these were three of my absolute favorite books, and definitely influenced my interest in folklore and the paranormal. Hopefully this documentary does them justice. 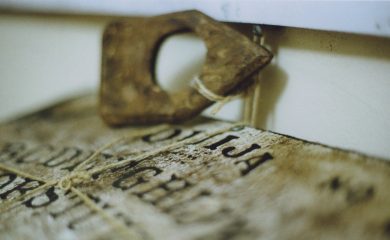