In the spirit of the season, I dived into Reddit’s r/paranormal in search of some of the more curious tales about hitchhiking ghosts – those entities that became, shall we say, a little too attached to their unwitting investigators. Have a look for yourself, but be careful – you may attract a spirit of your own!

Redditor CaptainAceRimmer had a haunting experience one night after an evening of ghost hunting at a 100-year-old theater. After he’d returned home, he’d gone to bed, but had a terrible dream in which he “saw something he shouldn’t have.” In the dream, someone slapped his cheek and shushed him.

But that wasn’t all.

“I woke up to the sensation of being slapped and the shhhhing,” he wrote, “And promptly heard movement stepping away from my bed. Couldn’t sleep for almost an hour after that.” Did he, in fact, have a resident ghoul accompany him home from the old theater?

In November of the year 2000, Redditor Lydious and her friend decided to venture into an abandoned, late 19th Century hospital in Oklahoma City. “It was a very creepy, very active place,” she recalled. They explored inside, until they come upon a wall covered with strange “geometric” paintings. Hesitant to disturb the area in fear of agitating any potential spirits (trespassing alone was already testing their luck), Lydious wasn’t interested in touching them. Her friend, on the other hand, had no such problem.

“My friend said, ‘these are cool! I’m taking one home’ and started trying to yank it off the wall,” she wrote, “So I told her to stop. Luckily it was bolted to the wall, so she couldn’t get it down.” They left the old paintings behind and explored the abandoned hospital a bit further, but nothing extraordinary happened. Perhaps it wasn’t haunted after all. They went home.

But they were followed.

Later that night, Lydious experienced something that convinced her a presence had followed her home from the hospital. “I was up watching TV around 4am when I suddenly felt a presence in my room,” she wrote. She could feel someone staring at the back of her head with a kind of rage that absolutely terrified her. “I actually hid under the covers and started crying cause of how terrible and angry that presence was.” The room felt “heavy and suffocating,” the air “buzzing with pure hatred.”

Had an angry ghoul from the old hospital joined Lydious in her room that night?

It was late one night when Khun S, a friend of Redditor mad_eye_maddie’s uncle, stopped in at a 7-Eleven to get something to eat. This was one of those gas stations that played a “ding-dong” noise whenever someone opened the door, and that’s exactly what happened when Khun parked his taxi van and walked inside.

While the clerk stocked items and Khun browsed around for food, they both heard that little “ding dong” a few more times. They didn’t pay it much attention. It was a gas station, after all.

After a bit of searching, Khun found what he was looking for and headed up to the counter to pay, where the clerk looked a little confused. He asked Khun if he’d come in with anyone else. “No,” he said, then paid for his food and left.

The next day, Khun met a fellow taxi driver, and something strange happened, as mad_eye_maddie recalled: “His friend said, ‘I saw you working pretty late last night. Where were you taking all of those people?’ This really puzzled Khun S, because he did not transport any passengers late the previous night. His friend elaborated that he saw Khun S’s van was full of passengers.”

Had Khun S been acting as a taxi for the great beyond?

Redditor HauntedSnail had a strange experience with her sister one Summer in the woods. By around 10:00 p.m., they’d walked about a mile on the trail. It was dark, and they could hardly see anything but the trees. That is, until HauntedSnail noticed a strange red light that seemed to move up the trail. She asked her sister if she saw it, but she didn’t.

Moments later, her sister jumped and screamed. “She heard a noise right next to her that sounded like a huge animal,” HauntedSnail recalled, though she had heard nothing. They quickly left, fearing that the red light and strange noise belonged to some kind of dangerous animal. Or worse.

That wasn’t the end of her experience. Two weeks after that night, HauntedSnail was still experiencing a black “solid mass” or mist that would seem to “rush” her at random moments throughout the day. It eventually disappeared, but to this day she doesn’t know what caused it, or the haunting events in the woods that night.

Redditor amberrr626 and a group of friends were out exploring when they came upon a small abandoned cemetery north of Sydney, Australia. They drove up the disheveled path and stopped in front of some old gravestones. The wind was still, but she could see a small rose growing out of the ground. It swayed in the nonexistent wind.

Amber chose to stay in the car, her hands “glued to the steering wheel.” Her friend, L, decided otherwise, opened the door and jumped out. Big mistake.“The minute he put his foot on the ground, a whispered scream echoed up from underneath the car,” wrote Amber, “In the car he jumped and locked the door behind him. I was outa there in the blink of an eye.”

She’s never been alone since, though, claiming to have felt a presence always nearby. “I never get the feeling of being completely alone,” she said. Had Amber picked up a wayward passenger at the cemetery that day?

As you can see, ghosts can be very social, and their hunters can never be too careful. What do you think of the above stories? And have you ever garnered the attention of any…uninvited specters? Let me know in the comments!

George, the Ghost of Disney’s Pirates of the Caribbean

They say a mischievous ghost named George haunts Walt Disney World's Pirates of the Caribbean. Now, I’ve only been on the classic ride at Disney’s Magic Kingdom maybe one or…

If you've ever dreamed of living in your very own haunted mansion, I've got some good news. The historic Hiram B. Scutt Mansion in Joliet, Illinois, also known as Barb… 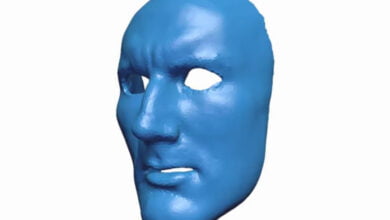 Theme park animatronics aren't new. I mean, I've been watching dirty animatronic pirate feet dangle over my head in Pirates of the Carribbean since the 1980s. But the technology has…