Here’s a belated happy Fourth of July to my fellow American visitors. Personally, I celebrated in the only way I know how: by lazily browsing the Internet for UFO sightings from past Independence Days. After all, as I highlighted in an earlier post, there may or may not be a correlation between fireworks displays and reported UFOs.

Anyway, while checking the good old MUFON database, I stumbled upon a report that I found particularly interesting, involving not just a UFO, but strange dreams that haunted the witness after the event. Picture this scene…

Case Number 53721. High Ridge, Missouri. July 4, 2012 at about 7:00 p.m. The witness and her husband are in their backyard barbecuing and watching their neighborhood’s fireworks. But something catches her eye. At first, they think it’s a flare, but its strange zig-zagging causes her husband – a Navy vet – to ask her to grab a camera. She takes some photos, and while they’re blurry, the story doesn’t end there.

“The ‘flare’ zigzaged coming from the NE direction. Went west, then straight to us, hovered over our treeline & creek approx. 100 ft up & 20ft away(see photo) It hovered for 2-3secs then zipped off in a blink of an eye towards the east over the huge powerlines behind us. There were fireworks going off all around it but it appeared brighter & more solid. It was a deep orange and vibrated like a trembling hand.”

What really caught my attention with this report, however, are the final two images (of what the witness calls “light anomalies”) and the fact that the witness claims to have experienced bizarre dreams afterward of an island and an alien craft.

“Since then I’ve captured strange light anomalies in our rm. & have had strange dreams. One, I was on an Island, speaking another language. I wa[s] welcoming others. Then, in a string-like beam of light I was sucked up into a craft. The table looke[d] like mercury and was very soft. The beings asked if I was ready like a whisper in my head, then I went thru my wall..& into bed. When I landed in bed I awoke before hitting..so..that was strange. I found the Island I was welcoming others to & the language fits the area. Aborigine.”

The included images may very well be nothing (double exposure, time-lapse, etc.), but here you go: 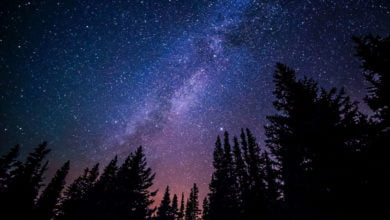 I'm a big fan of retro UFO sightings. Maybe it's the way those old pictures look, or the fact that – in my opinion – the most famous and intriguing… 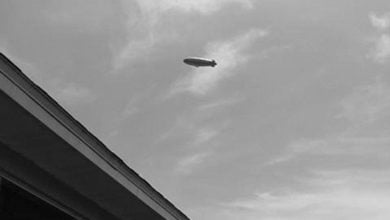 On the evening of Friday, March 16, residents of Worcestershire, England witnessed a terrifying, unidentified object hovering across the sky. It was described as a large, slow-moving “upside down bowl,”… 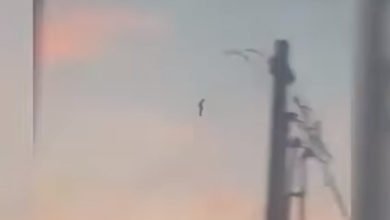 Footage of an odd UFO sighting in Mexico has led many to wonder: Just what is that dark thing seemingly dangling from the sky?