There are innumerable different types of unidentified objects out there, some more common than others. Rods, orbs, saucers. Doritos. And then we have rings.

While perusing the latest UFO reports from April on the MUFON database, I came across the following submission involving yet another one of these suspicious rings in New Ellenton, South Carolina on April 8, 2015.

“I was photographing clouds with my cell phone,” the report reads, “In between layers of cloud was what I thought a star until I went inside and zoomed in. The circle with a hole on the center was clearly not a star. I was in front of my house in New Ellenton, S. C. In Aiken County. I enjoy photographing the sky, stars moon and clouds. But I have never seen this before.”

This one’s a bit different from the smoky UFO rings I’m used to seeing reported.

For one, it seems bright, almost glowing. The witness does, after all, claim that he or she mistook it for a star, and the sighting occurred around 8:00 p.m. But, in general, whether this is related to the others or not, unidentified rings seem to be a recurring phenomenon.

The more common unidentified rings tend to be dark and smoky, as I mentioned. This leads most to believe they’re ordinary in nature (at the very least, well, smoke), but they can be nonetheless mysterious. Take this recent sighting in Kazakhstan, for example.

On April 3, an odorless, black ring hovered in the air for about fifteen minutes, then dissipated. And oh look, there’s a video:

Very odd. But where did it come from? The answer, as they say, may surprise you.

While it’s uncertain where the above smoke ring truly originated, perhaps, as one professor stated, it may have been caused by “combustion from a nearby factory.” This would be in line with conclusions drawn from previous UFO ring encounters.

What previous UFO ring encounters, you ask? According to NBC News, this time last year a very similar smoke ring appeared near Leamington Spa in Warwickshire, England, and was ultimately found to have been caused by a fireworks test.

Another, which occurred in Chicago in 2012, was the result of an exploded transformer. And, worst of all for anyone (like me) wanting a mystery here, there are apparently machines that just, you know, create these things. For fun.

But perhaps there is still a mystery. How about that MUFON report from April 8, the ring that seemed to glow? One sighting captured at Manhattan Beach in California on January 14, 2010, shows us another of these peculiar glowing rings…at night. 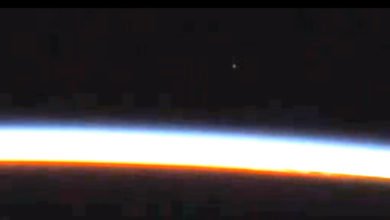 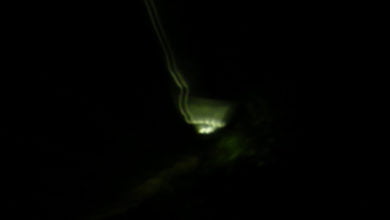 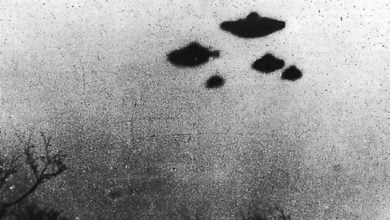 2016 and the Case for UFO Disclosure

Ladies and gentlemen, it's that time again – a new presidential election cycle, and with it new promises that whoever becomes the next Commander in Chief will disclose the truth…