At least three people have come forward with stories of a black-haired ghost wearing a floral dress in the English village of Bretby, according to the Derby Telegraph.

The latest to shine light on this fashionable specter is Matthew Roberts, who recounted a story he’d once heard about a pale, oddly-dressed woman with jet black hair. She had asked a security guard at Bretby Business Park for directions.

“The guard gave her the directions,” Roberts told the Telegraph, “The woman then simply turned around and walked off without saying anything. When they were looking at the CCTV sometime later the guard could be seen but there was no sign of this woman.”

Roberts also made it a point that, every time he’d heard stories about this alleged ghost, it was either during winter or under poor weather conditions.

What of the other two sightings?

One woman, Janet Fielding, believes she passed a ghost — one with black hair and wearing an old-fashioned dress — while driving her car down Mount Road near Bretby Hall.

“When I passed her she turned her head and stared at me blankly,” she recalled to the Telegraph, “It was quite unnerving and creepy when she stared at me. I thought nothing of it and continued driving.” She contacted the Telegraph after realizing the woman she saw matched the description of the ghost she’d read in the paper.

And Lisa Fisher, whose story kicked off this recent wave of Bretby ghost sightings, had a similar experience. She’d been driving near Bretby Hall when she noticed a black-haired woman, with floral dress and a hair net, standing by the side of the road. She was also holding a bicycle. After Fisher passed the woman, she looked back in her rear view mirror, only to find that she was gone.

// via The Derby Telegraph 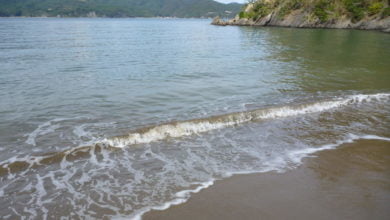 Ghost Sightings 2018 – This Year’s Tales Of Phantoms And Spectres

What Is Ectoplasm? A Slimy Paranormal Phenomenon