Am I the only one who’s intrigued by Terminator Genisys?

I mean, it looks ridiculous. And I’m nothing if not a fan of cheesy, convoluted movies about time travel (among other things, thank you Mystery Science Theater 3000).

Even if it’s horrible, we’ve still been given this amazing parody trailer by Auralnauts, in which Kyle Reese questions his very existence while searching for a pair of pants.

“Where’s the past of the future?” he asks. Bonus points for clips from The 6th Day.

Anyway, Paramount Pictures just released a new movie poster and a new(ish) trailer for Genisys, which will air during tomorrow’s Super Bowl, along with trailers for Jurassic World and Tomorrowland, according to Screen Rant.

But will Genisys be any good? I don’t know; I would describe Terminator 3 as a movie, and I don’t remember anything that happened in Terminator: Salvation, so the bar isn’t set too high for me.

Something tells me it might be fun, though. Pass me the popcorn bucket…from the future. 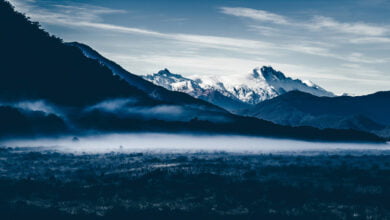 Do you believe the Earth is hollow? That's a strange question, I agree. But you don't have to answer. Instead, why not explore the myths and scientific history of the…

Will We Ever Be Attacked By Giant Mutant Ants?

Giant ants. They stand alongside the greats of B-movie cinema: The Megasharks, the giant spiders, the...frogs. In the classic 1954 scifi movie Them!, we see these monstrosities in action, brought…

The thing I've always liked about the Ghostbusters is that they treat ghost hunting like it's pest control. They're New York schlubs. Regular people.