You awake suddenly in the middle of the night, unable to move and terrified to open your eyes. The sound of wretched breathing slowly approaches, and a force begins to push down upon your chest. And just when you think you will die of fright, the terror vanishes and you can move again.

Was it a nightmare, or something more?

There’s no hard estimate of how many people experience sleep paralysis. A study published in 2011 revealed that it affects at least 7.6 percent of the general population, with that number skyrocketing to 31.9 percent for those who suffer psychiatric disorders.

However, I’ve seen figures as high as 60 percent accounting for the number of people who will experience it at least once in their lives.

It’s not considered dangerous, but sleep paralysis has another name that invokes a different perspective: the Old Hag Syndrome.

Are they one and the same? Those who encounter the Old Hag, like those who experience sleep paralysis, awake immobilized to a feeling of powerful dread, and a dark figure looming over them. I ask because not everyone is convinced that the Old Hag Syndrome and sleep paralysis are related.

Have you ever experienced sleep paralysis, or been visited by the Old Hag? 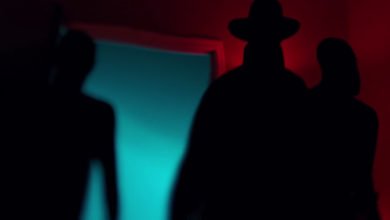 The Nightmare: A New Documentary About Sleep Paralysis

The Nightmare is a new documentary that delves into the horrifying world of sleep paralysis, a strange phenomenon that leaves sufferers immobilized in their beds, awake but unable to move.…

Have you seen the "Hat Man?" Given the widespread nature of this phenomenon, it's not unlikely that you have. Perhaps belonging to the often mystifying "Shadow People," the so-called Hat… 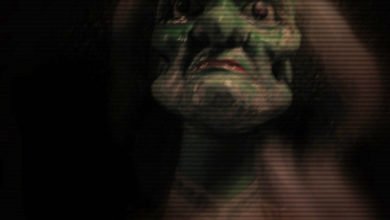 It happens when all dark and evil things happen -- the middle of the night. What had been a peaceful sleep turns into a waking nightmare as you find yourself…