One of Germany’s greatest unsolved murder mysteries is the bizarre case of Günther Stoll, a case otherwise known as YOGTZE-Fall.

Stoll was an ordinary, unemployed food technician from Anzhausen in Germany. Well, maybe he was a little paranoid. He believed he was being stalked, and often talked about “them,” telling his wife that eventually “they” were going to kill him. But no one ever knew who “they” were.

As the story goes, on the evening of October 25, 1984, while sitting quietly in his bedroom, Stoll unexpectedly jumped out of his chair and exclaimed, “I’ve got it!”

His wife watched, confused, as Stoll grabbed a piece of paper and scribbled down six letters: YOGTZE. The “G” may have been a “6,” but he immediately crossed the letters out, anyway.

Afterwards, he left the house. He jumped into his Volkswagen Golf and went to a pub in Wilnsdorf, where he sat down at a stool and ordered a beer. Before he could do anything with it, however, he fell backwards onto the floor and injured himself.

Witnesses say he didn’t appear to be intoxicated. This occurred at around 11:00 p.m.

Stoll then left the pub, hopped back into his car, and drove away. Where he was at this time is unknown, until two hours later, when he showed up at an old woman’s house, someone he’d apparently known since childhood. She didn’t let him inside (it was very late), but instead convinced him to return home to his wife. Stoll agreed, but not before cryptically mentioning a “terrible incident” that would happen soon.

Fast forward about two hours later, around 3:00 a.m. Two truck drivers discovered Stoll’s Volkswagen in a ditch off Autobahn A 45. It was wrecked.

They pulled over to assist and notified the police using a nearby emergency telephone. What they found at the scene was Günther Stoll, still in his car, completely naked and barely conscious.

He told the two truck drivers that there had been four other men in the car with him, and they’d just taken off.

They asked him if the other men were his friends, and he said no. Not long after that, an ambulance arrived. However, Stoll died before reaching the hospital.

This is where things get strange (well, stranger). An investigation into his death revealed that Günther Stoll had not died from the car accident. Instead, he had been run over by a different car at another location.

Whoever did this had run Stoll over with a separate vehicle, then put him back into the passenger side of his Volkswagen and drove it into the ditch where the truck drivers had found it.

The two truck drivers also later said, independently, that they had seen a man wearing a bright jacket walking around the wreckage. This person had vanished by the time they’d finished calling the police.

To this day, no one knows who the four men were, the location where Stoll had been run over by the other vehicle, or what the cryptic letters YOGTZE mean.

Unfortunately, I can’t say how much of this story is true or just a matter of urban legend. The Internet will tell you the case is perfectly real, that police are still on the lookout for information about what happened that strange night in 1984.

The actions of Gunther Stoll remain an enigma.

There has been much speculation since this story first appeared about what the strange letters, YOGTZE, could possibly mean. Some have suggested that Stoll was simply mentally ill, and the unexplained letters were nothing more than the rambling scrawl of a mad man.

However, other ideas have been proposed:

We may never know. Reportedly, the incident’s case file continues to  raise questions within the German government, and they’re still searching for answers today.

In the comments below, one individual shared a video, a reenactment of the case that appeared on the German television program Aktenzeichen XY on April 12, 1985. YouTube’s closed-captioning and translation are a bit wonky (and may not even work, anymore), but it’s an interesting watch. At the very least, you can see the above description of events play out.

The second part can be found here.

As a last bit of trivia, Gunther Stoll is also the name of a German actor. No relation. It should also be pointed out that many of the finer details of this article were originally found on the German Wikipedia page for the YOGTZE-FALL case.

18 Replies to “YOGTZE-Fall: The Unsolved Murder of Günther Stoll” 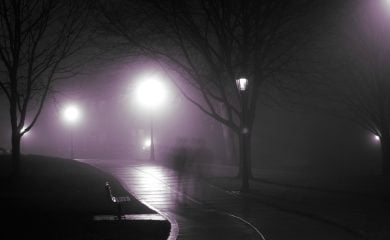 Zozo Demon Unchained: Tales of the Ouija Entity Beyond the Board
Last Updated: March 28, 2020 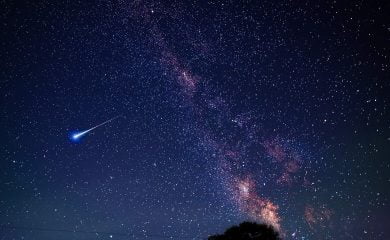