James Burne Worson thought himself the most athletic man in Warickshire, England, so when his friends challenged him to run from Leamington to Coventry, he readily accepted. Little did he realize this race would be his last.

The challenge was straightforward: he’d run the distance as quickly as he could, all the while being followed by two men on a carriage, Barham Wise and photographer Hamerson Burns.

It started innocently enough. Wise and Burns followed to ensure he stayed the course, while Worson jogged ahead of them. He cracked jokes on the way, and the two men occasionally cheered him on. But then something happened.

Worson appeared to trip, or lose his footing. He stumbled forward. He screamed. As Wise and Burns watched in horror, Worson fell toward the ground and, before even touching the earth, seemed to blink out of existence. He disappeared before their eyes.

They immediately stopped the carriage and inspected the area where James Worson had existed only moments before, but found no trace, only footprints in the dirt and then nothing. He was never seen again.

Into what eldritch realm did Worson find himself transported to? Or had he perhaps slipped through a tear in the universe, into a parallel world or on a voyage through time? Whatever the case, many claim this is a true account of an individual mysteriously vanishing out of existence.

What can we make of this fantastic story?

Unfortunately, once again paranormal credulity lets us down. Because, as incredible as it would be, the bizarre tale of James Worson, the man who disappeared, is pure fiction.

The author Ambrose Bierce published the original short story, called “An Unfinished Race” — and by short story I mean three paragraphs — in a compilation titled Present at a Hanging and Other Ghost Stories.

“Suddenly–in the very middle of the roadway, not a dozen yards from them, and with their eyes full upon him–the man seemed to stumble, pitched headlong forward, uttered a terrible cry and vanished! He did not fall to the earth–he vanished before touching it. No trace of him was ever discovered.” – “An Unfinished Race” by Ambrose Bierce

Now, before any of you get excited and say, “Yeah, but Bierce could have been inspired by a true event, just like Rudolph Fentz!” No. No, no. Well, maybe (I’m not into 0% probability unless I was there, I can’t help it).

Although, I suppose it’s worth mentioning that Ambrose Bierce himself vanished in 1914 during a trip to Mexico, where he’d been covering the Mexican Revolution. He was 71 at the time, and the last anyone heard of him (that we know of) was in a letter he allegedly sent to Blanche Partington that contained the ominous words, “I leave here tomorrow for an unknown destination.”

Unknown, indeed. One account of a vanishing man that’s fiction. One that’s truth. A strange twist where life mimics fantasy.

Haunted Doll Sells on eBay for £108 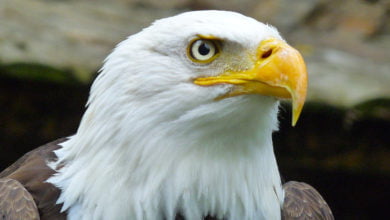