Strange noises in the middle of the night. Cold chills in heavy air. That feeling of someone watching you in an otherwise empty room. Whether you believe in ghosts or not, the haunted house is a staple of horror, folklore, and maybe even reality.

Here are just ten signs that your house may be haunted, in no particular order.

A light switches on. Or off. Maybe your television changes channels by itself, or a strange interference occurs on your radio or telephone. It’s hard to say whether or not such things might be caused by unintended house guests, but if you ever find a toaster dancing on your counter top, you know who to call.

In fact, many believe that paranormal entities may be drawn to areas of anomalous electrical patterns — ley lines, vortices, and other such strange phenomena. Or, perhaps, the spirits are the ones who cause these anomalies.

According to the Association for the Scientific Study of Anomalous Phenomena, some claim that ghosts and spirits may “produce static electric field changes” or even negative air ions. If this is true, perhaps it would explain why electrical disturbances occur during many reported hauntings.

Ever lose something — car keys, the remote, your cell phone — only for it turn up again in the strangest of places? Or worse, right back where you know you left it?

This may be the result of something called Disappearing Object Phenomenon. Where do the objects go? I don’t know. A parallel universe, a slip through time. It could just be a case of you missing it the first time you looked…or it could be a mischievous spirit playing tricks.

It’s always hard to say when you’re dealing with the paranormal. For many who have reported sightings, vanishing objects are long-term phenomena. One individual posting to Reddit, for example, described it simply, “It happens so much at this house that we joke ‘it’s lost to the void.'”

“The objects usually just disappear. You would swear you misplaced it or it may have fell but I’ve had items disappear right from my desk while sitting and end up in the middle of the room later.” – shadowlilliium/Reddit

Sometimes, the items return. Sometimes, they don’t. If they do, you can only ever wonder: Where had they been?

Hauntings can manifest as faint whispers or grumblings, or a mysterious rapping on the wall. The sound of footsteps in a hallway. Phantom music. There have even been reports of guttural, animalistic sounds, in the case of demons and possessions.

If you ever hear something like that, or what sounds like a little doll running around upstairs, maybe think about getting a new place.

Don’t believe me? Consider the case of one person and her family who moved into an old house — formerly a church — that once belonged to an eccentric old woman. The old woman had collected all sorts of strange and occult books and other oddities. Mirrors, as well, which they thought she may have used to act as “portals for spirits.” Strangest of all, when they moved in, many of the old woman’s belongings were still there, like her toothbrush, some clothes, other things. Like she had left in a hurry.

Long story short, many unexplained things happened in that house, culminating with a demonic voice shouting into the witness’s ear, screaming that it “wanted her back.” It was a sound of “pure hate” and evil.

“It was violent and forceful and it said it so fast, so loud. I jumped up out of my chair and my dog was losing it, standing at the top of the recliner, barking at something, something I couldn’t see…” – bunnyrose9/Reddit

They eventually moved. I’m sure you can understand why.

Shadow people come in many shapes and sizes, or so I’ve heard. Dark spectres, outlines, black masses, menacing silhouettes in the shapes of humans. Some are clearer, perhaps, like the Hat Man. Whether they’re demons or simple ghosts or, well, eye floaters, lurking shadows in the corner of your eye may be a sign that your house is haunted.

They say animals, and even small children, are particularly sensitive to the goings-on in the paranormal world.

I even saw a show once where rabbits  — yes, rabbits — were experiencing a Paranormal Activity scenario (which, I admit, I thought was a little weird). But it’s true: dogs and cats react to things we can’t see, even if it’s just infrasound from rattling pipes. If your pets are acting strangely — like a dog barking around certain areas of the house, or a cat following an invisible force with its eyes — you may have something going on.

Sleep paralysis, or hypnagogia, can explain away a lot of various and terrifying sensations — awakening to a feeling of terror or a presence in your room, hearing footsteps, and even feeling the weight of a wicked witch pressing down upon your chest. But strange dreams involving people you don’t know and recurring night terrors are said to be a sign that something else may be afoot. Are spirits trying to contact you from the other side?

Dreams are one thing, but have you ever felt like you’re being watched? That there’s someone in the room with you even though you know you’re alone? You may also feel chills in the air or, even more unsettling, the feeling of being touched by an invisible hand. If these sensations occur regularly in specific areas of your home, you may be living in a haunted house.

3. A History of Darkness

Every house has a story, some darker than others. If your house is an older one, it may worth learning its history, if for no other reason than to satiate your curiosity. But you may find that your home played a role in a darker past — murder, suicide, strong emotional turmoil. All of these are said to increase the chances that your house may be haunted, or that residual spiritual energy may remain. Having a house built on top of an ancient Indian burial ground is particularly bad news.

Psychokinetic activity is a fancy word for things moving around without any visible reason. Cupboards flying open, doors swinging wide, or glasses flying off tables might be a sign that a ghost or poltergeist is making its presence known. And if your entire kitchen erupts in a flurry of open cupboards and silverware a la Paranormal Activity 2…I don’t know. You’re on your own on that one.

And last but not least, there’s always one sure-fire way to know your house is haunted. Well, usually. They may be rare, but full-body apparitions and ghostly wisps of light are definite signs that something extraordinary is happening. Take a picture, if you get the chance.

Well, these are the things I’ve heard, anyway. I’ve never been haunted, myself, or experienced too much in the way of paranormal activity. Maybe I’m lucky. Or unlucky. At any rate, do you know any other characteristics of a haunted house? Ever lived in one? Leave your comments below… 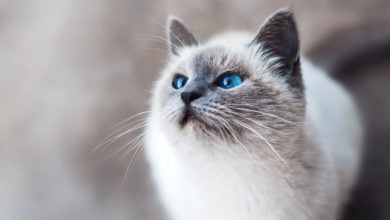 Cats are interdimensional beings. We've already established that they can teleport and even sometimes come back to life; there's no point going over that again. But what about when a… 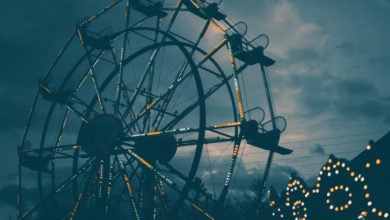 Whenever you talk about Ouija boards or other types of paranormal rituals, you'll often hear people warning you about their dangers. Maybe you'll accidentally open a portal for demons, they… 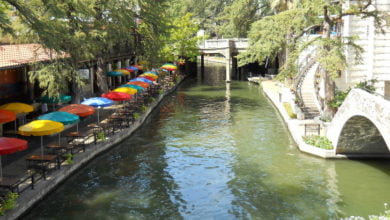 The owner of San Antonio's OnLive Hall of Fame Cafe temporarily closed shop earlier this month, after a spate of otherworldly goings-on. It's now reopened, but with a strange new…