They call it the place where serial killers stay.

The Cecil Hotel. An unassuming budget destination at the heart of Downtown Los Angeles, opened in 1927. But within these walls are echos of a terrible past, the home of murder, suicide, and the one-time residence of serial killers Jack Unterweger and Richard Ramirez, otherwise known as The Night Stalker. There’s something about this place that attracts a certain kind of darkness.

Consider if you will the fate of one Elisa Lam, who, earlier this year, found herself the latest victim of the shadowland called the Cecil Hotel.

What Happened to Elisa Lam?

A resident of Vancouver, Canada, 21-year-old Elisa Lam was on holiday. She stopped in at the Cecil Hotel on her way to Santa Cruz, California. Unfortunately, on the evening of January 31, 2013, she vanished.

A few weeks later, people staying at the hotel began to complain about foul-tasting and discolored water, and low water pressure. On February 19, maintenance workers discovered the body of Elisa Lam in an unlocked water tank on the roof of the hotel.

The last known footage of Elisa Lam alive is this haunting surveillance video, released by the LAPD on February 14, 2013 (the original video, unfortunately, is no longer available). It shows Lam, moments before she died, acting very strangely inside an elevator at the hotel:

In the video, the elevator door glides open as Elisa Lam casually enters. She seems to press every button. She steps back. The door doesn’t close. She peeks outside the door, then moves to the wall of the elevator, eyes fixed on the hallway outside. She sidesteps to the corner, then peeks out again, and finally steps out with a kind of hop. 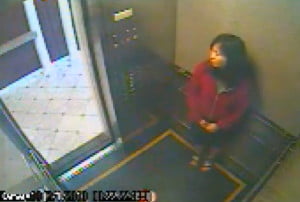 She moves from side to side, then back into the elevator, then out again. She stands next to the elevator for a moment, then returns inside with her hands above her head, perhaps exasperated. She punches the elevator buttons several times. The door does not close. 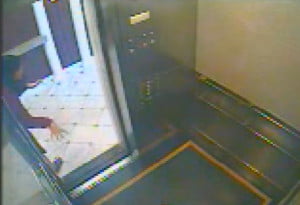 She steps outside the elevator one last time, and at this point it looks like she’s talking to someone. Her hand gestures are bizarre and wavy, and as she speaks she’s slightly bent over. Whoever she’s talking to is off camera, if anyone is there at all. She begins to twist her fingers. At 2:28 in the video, Elisa Lam walks off, and this is the last time she’s seen.

Nearly a minute later, the elevator door slowly closes. Then it opens, and closes again. 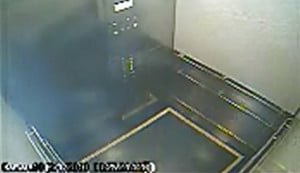 (Update 6/24/2013 – It would appear that they’ve trimmed the video for some reason; the last moments described above, when the door opens and closes multiple times, are no longer there. Hmm…unedited versions are still up on YouTube, such as this one, but .)

After Elisa Lam leaves the area, you can see how the outside decor changes as the elevator apparently changes floors. 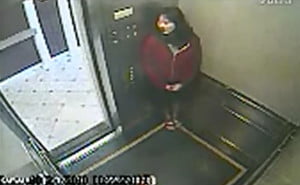 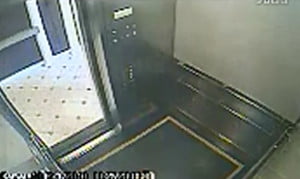 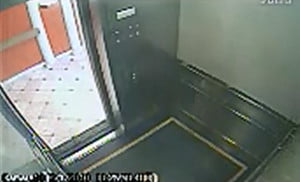 The video went viral. The strange tale of Elisa Lam was a haunting mystery, and her actions inside the elevator only raised more questions.

Why did the elevator door not close while Elisa Lam was inside? How did she get to the roof, and wind up in the water tank?

As of today, Elisa Lam’s death has been ruled accidental. No drugs, no suspects. Possible bipolar disorder, according to the Los Angeles County coroner’s office. We’re left, then, with the unfortunate tale of a young woman by herself in a big city, perhaps at the wrong place, the wrong time, the wrong state of mind. I’m not sure we’ll ever know the full story.

Was Elisa Lam murdered? Was her voyage into the Cecil Hotel’s water tank an unfortunate accident? Or did she take one wrong step directly into…the Twilight Zone? Only the walls of the Cecil Hotel know the truth.

Who Put Bella in the Wych Elm?

Who Put Bella in the Wych Elm?