The brilliant minds of Carnegie Mellon University have conspired to develop an algorithm that accurately tracks the location of “persons-of-interest” in complex indoor environments.

Their design uses multi-camera, multi-object tracking to detect colors, faces, background information, and other visual cues to identify people and place them on the map. You can see an explanation in the above video.

But we all know why this tech is really getting attention, don’t we?

Let’s talk about the Marauder’s Map.

The full title of the algorithm’s paper is “Harry Potter’s Marauder’s Map: Localizing and Tracking Multiple Persons-of-Interest by Nonnegative Discretization.” Apparently, the researchers were inspired by The Boy Who Lived and his magical map.

Anyway, the Marauder’s Map, if you don’t know, first appeared in the novel Harry Potter and the Prisoner of Azkaban. It’s a magical bit of folded paper, a map that perfectly outlines Hogwarts School of Witchcraft and Wizardry. It shows the location and names of everyone in the castle. Every secret, every nook and cranny.

No one can evade the Marauder’s Map, not even a mouse.

It’s spell? The Homonculous Charm. This allows its user to track everyone within a map’s charted area, as well as their movements, which appear as footsteps that spring and fade like vanishing ink.

“Messrs. Moony, Wormtail, Padfoot, and Prongs
Purveyors of Aids to Magical Mischief-Makers
are proud to present
THE MARAUDER’S MAP” 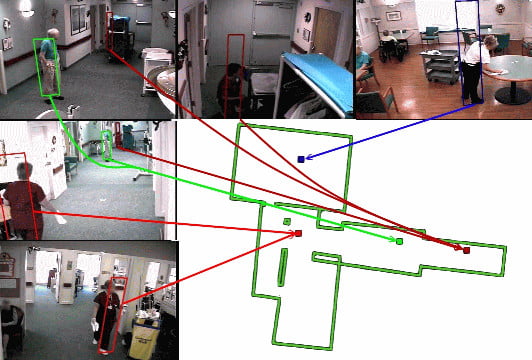 Writer, blogger, and part-time peddler of mysterious tales. Editor-in-chief of Stranger Dimensions. Might be a robot.
advertisement