I saw the original Jurassic Park in theatres back in 1993. I was maybe 7-8 years old, and of course it was the most awesome thing ever. The velociraptors. The dilophosaurus (personal favorite). The tyrannosaurus rex. That scene where Lex gets sneezed on by a brachiosaurus. Perfect.

So, yeah, I’m excited by the news that Jurassic Park 4 will see a return to the original park itself, Isla Nublar. Director Colin Trevorrow recently shared that tiny detail along with a shot of Nublar (that is, the Hawaiian island Kaua’i) on Twitter.

But wait. Neither The Lost World nor Jurassic Park 3 took place on Isla Nublar; they were set on Isla Sorna. And we all know what went down at the park back in 1993. Why would anyone want to return to Jurassic Park?

That’s where the rumor mill comes in. (Spoilers?) I’ve heard some rumblings that Jurassic Park 4 might take place in a fully-functioning park, complete with new dinosaurs and actual guests.

I mean, imagine if the events of the original Jurassic Park had occurred while the park was open and filled with people. It’d be like a buffet. No idea how that story would work, or if that’s even remotely close to the truth, but who knows.

Or maybe, just maybe, someone is going after that lost Barbasol can.

Update 5/7/2013: On second thought, don’t make any plans. Apparently, Jurassic Park 4 has been “canned” due to issues with the script. Put on hold. Bummer. There may be hope yet, or this may be for the best. We’ll just have to wait and see.

It’s unfortunate, though, that the director of the film would tweet the above image just days before the project is cancelled. Oh, well.

NASA Invites You to Send a Message to Mars 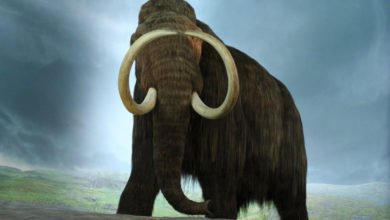