The Monarch Butterfly. Every year, millions of these golden-winged insects migrate south to a small area of pine groves in central Mexico, which consists of only about 70 square miles.

The process of this journey has amazed scientists for years, because the time it takes for the migration to occur is actually longer than the lifespan of a Monarch butterfly (which is about 6 to 8 weeks). This means their offspring, born during the migration, simply knows where to go, and carries on from there. Call it instinct.

In fact, many wonder if there isn’t a kind of “genetic memory” at work, something hardwired or programmed within them that guides their actions toward their goal. This is something that exists in many animals, possibly even humans, like the bird’s ability to build a nest, or the turtle’s compulsion to bask on a sunny day.

But the Monarch butterfly is a symbol of something else, a different kind of programming that is said to permeate our modern society and control millions of people throughout the world.

As the story goes, Project Monarch was part of a covert CIA operation known as MKUltra, which began in 1953. It would also later be attributed to the Illuminati, and is allegedly still in use today.

Under Project Monarch, victims, usually young children, are subjected to intense trauma, inflicted to the point at which their minds dissociate from the experience. This causes a form of multiple-personality disorder, allowing the “programmer” (or “handler”) to mold these dissociated minds into new, controllable personalities.

From there, triggers (or “alters”) are put in place within popular media and other sources that “trigger” and cause these mind-controlled “slaves” to perform whatever actions they have been programmed to do.

There are also various “stages” or types of programming, each tuned to specific types of individuals and serving different purposes. “Alpha” programming, for example, leads to increased memory ability and greater physical strength, while “Delta” programming exists to remove fear and ensure that orders are followed until the very last breath. What’s the end goal of all this? Control, of course.

Project Monarch is so named because of the specific traits of the Monarch Butterfly: the traumatization (typically electroshock therapy) causes a feeling of light-headedness, or “fluttering like a butterfly.”

But even beyond that, there is the metamorphosis from caterpillar to butterfly, as well as the aforementioned theorized “genetic memory” or instinct, passed down through bloodlines that bring the Monarchs back to the same habitat year after year. The butterfly has therefore become the symbol of this covert mind control operation.

While these types of mind control conspiracies aren’t necessarily unique (there’s also the NAZI Marionette programming, which we might look at later), the MKUltra program, as well as its precursors Project ARTICHOKE and Project BLUE BIRD, actually existed.

What’s most compelling (perhaps even iconic) about Monarch mind control, however, are these triggers and patterns that can allegedly be found in much of popular media.

I’ve written about Illuminati imagery, the Eye of Providence and its place in popular culture. But Monarch mind control is a bit different; these aren’t icons and images placed around just to say, “Aha! We’re right here and you don’t even know it!” No, these triggers are put in place, allegedly, to control the minds of their pre-programmed slaves and initiate a response.

In fact, those who have been programmed likely don’t even know they are under control at all. Once triggered, their programmed personalities will surface and they’ll be like dancers on a string. Here are just a few of the supposed examples of Monarch programming in popular media, most commonly music and movies.

Who knows; you may even find yourself suddenly triggered, unable to resist the compulsion to do…something.

The Wizard of Oz

It’s said that The Wizard of Oz is actually used during Monarch programming to plant triggers into the minds of subjects. Certain symbols within the movie are later used to activate them (such as rainbows).

Several Disney movies are said to hold Monarch programming triggers, as well, including (well, especially) Alice In Wonderland. Note the transformation of the caterpillar, as well as other butterfly symbolism.

Some say Paramore’s song Brick By Boring Brick, as well as its music video, tell the story of breaking free of Monarch programming. Of course, it could also just be a metaphor for breaking free of failed dreams and childhood fantasies, but the symbolism is there.

There are practically dissertations written about Lady Gaga’s possible connection to the Illuminati and Project Monarch. You can check one of those out here, but let’s take a quick look at one of the stand-out examples: her Paparazzi music video.

You can almost look at it as a narrative of the victimization and transformation of Lady Gaga as she undergoes the Project Monarch programming. At the end of the video, she completes her programmed “mission,” and is rewarded with fame.

I’m not necessarily implicating Bioshock 2 in the whole Project Monarch conspiracy, but it’s interesting to note that both Bioshock 1 & 2 deal heavily with themes of mind control. In Bioshock 2, the symbol of the game’s antagonist, Sophia Lamb, is the blue morpho butterfly. In short, she wanted to use mind control, under a process very similar to Project Monarch, to create an altruistic Utopian society.

In Ladytron’s music video for White Elephant, note the butterfly masks, and the shattering mirrors, which are said to symbolize the split personalities of programmed victims. Mirrors are also said to be used as tools to create the split multiple personalities.

As always, conspiracies exist in strange mires and foggy evidence. You can find hidden “symbols” and secret messages anywhere, if you look hard enough. Personally, I don’t adhere to any of them, but they’re interesting. The real conspiracy, to tell you the truth, is the one you don’t know the name of, the one you don’t know exists.

You can imagine what goes on in those shadows… 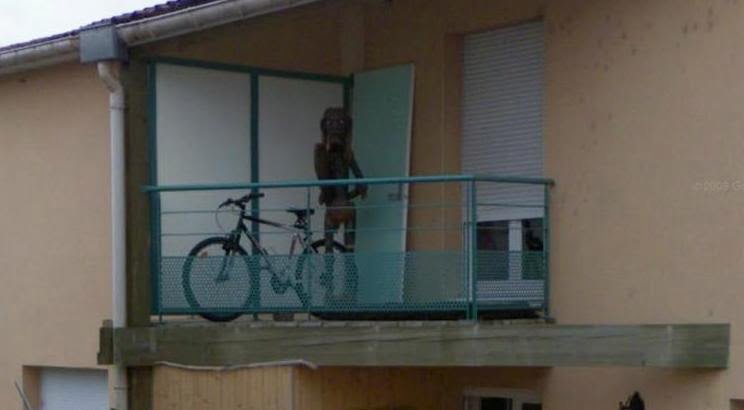 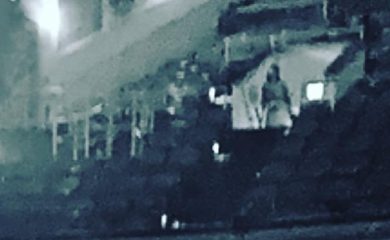